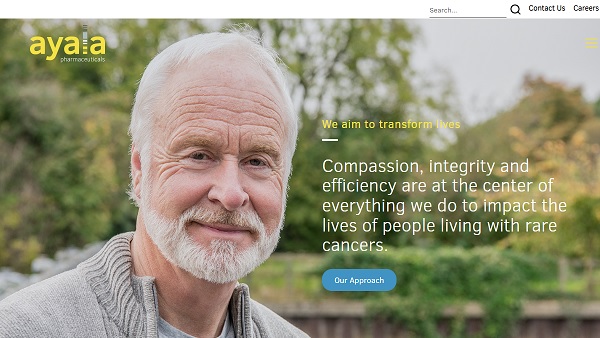 While the stock will continue to trade on OTC under the symbol ADXS, the merged company will operate under the name Ayala Pharmaceuticals. The merged company will be focused primarily on the development and commercialization of Ayala’s lead program AL102 for the treatment of desmoid tumors. As previously disclosed, the company is seeking to uplist to Nasdaq in the near future, but there is no guarantee that this effort will be successful.

Management and Board of Directors

Kenneth A Berlin, President and Chief Executive Officer of Advaxis, will be President, Chief Executive Officer and a Director of the company; Andres Gutierrez, M.D., Ph.D., will be the Chief Medical Officer; and Igor Gitelman will be the Interim Chief Financial Officer. The board of directors consists of David Sidransky, M.D., as chairman, Roni Appel, Samir Khleif, M.D., Vered Bisker-Leib, M.D., Murray A. Goldberg, Robert Spiegel, M.D., and Ken Berlin.

Ayala Pharmaceuticals, Inc. is a clinical-stage oncology company primarily focused on developing and commercializing small molecule therapeutics for patients suffering from rare tumors and aggressive cancers but is also developing proprietary Lm-based antigen delivery products for patients suffering from more common cancers. The company’s lead candidates under development are AL102, which targets the aberrant activation of the Notch pathway with gamma secretase inhibitors to treat a variety of tumors, including desmoid tumors, and ADXS-504, a Lm-based therapy for early-stage prostate cancer. AL102 has received Fast Track Designation from the U.S. FDA and is currently in the Phase 3 portion of a pivotal study for patients with desmoid tumors (RINGSIDE). For more information, visit www.ayalapharma.com.