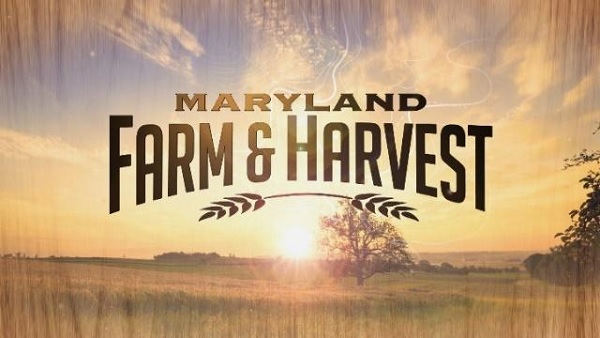 Maryland Farm & Harvestairson Tuesdays at 7 p.m. on MPT-HD and onlineat mpt.org/livestream.Encore broadcasts are available on MPT-HD Thursdays at 11 p.m. and Sundays at 6 a.m. Each episode also airs on MPT2/Create® on Fridays at 7:30 p.m. Episodes are also available to watch on demand using MPT’s online video player and the PBS Video App.

The popular weekly seriestakes viewers on a journey across the Free State, telling engaging and enlightening stories about the farms, people, and technology required to sustain and grow agriculture in Maryland, thestate’s number one commercial industry.During its10thseason, the series revisitssome favorite farms and farmers from past episodes.

Joanne Clendining, who has earned twoEmmy® awards from the National Capital Chesapeake Bay Chapter of the National Academy of Television Arts & Sciences for her work on Maryland Farm & Harvest, returns as host. She is joinedby Al Spoler, who handles duties for each episode’s TheLocal Buy segment.

The January 24 episodefeatures the following segments:

More than 15 million viewers have watchedMaryland Farm & Harveston MPT since itsfall 2013 debut. The serieshas traveled to more than 430 farms, fisheries, and other agriculture-related locations during its first nine seasons, covering every Maryland county, as well as Baltimore City, and Washington, D.C.

During the next episode of Maryland Farm & Harvest,series host Joanne Clendiningintroduces viewers to Jane Kuhl and Drew Denton, who chose to continue life following retirement by pursuing their dream of owning their own bee farm.  Then the show revisits  the season five story of Mack, the Bee Dog, the unlikely “paw-tector” of our favorite pollinators. Plus, Al Spoler isn’t sheepish when it comes to cheese during the episode’s The Local Buy segment.

Maryland Public Television (MPT) is a statewide, public-supported TV network and Public Broadcasting Service member offering entertaining, educational, and inspiring content delivered by traditional broadcasting and streaming on TVs, computers, and mobile devices. A state agency, it operates under the auspices of the Maryland Public Broadcasting Commission. MPT creates and distributes local, regional, and national content and is a frequent winner of regional Emmy® awards.  MPT’s commitment to educators, parents, caregivers, and learners of all ages is delivered through instructional events and Thinkport.org. MPT’s year-round community engagement activities connect viewers with resources on a wide range of topics.  For more information visit mpt.org.