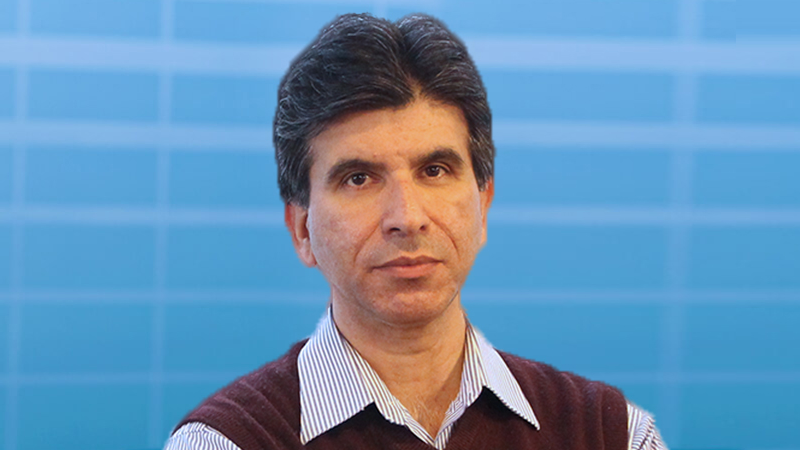 ETQ, part of Hexagon, today announced the appointment of Vick Vaishnavi as CEO. He succeeds former CEO Rob Gremley who led the company through an era of private-equity backed growth and SaaS-driven modernization, ultimately leading to ETQ’s acquisition by Hexagon AB in April 2022.

Vaishnavi is responsible for leading ETQ’s strategic planning and execution at a time of rapid global expansion and product innovation. At the same time, Vaishnavi will serve as a critical executive liaison with Hexagon’s Manufacturing Intelligence division, of which ETQ is now a part. Vick has over three decades of deep experience in building high-growth SaaS companies and leading global expansion organically, through partnerships and via M&A activity.

“I am very impressed with the work that the ETQ team has done thus far to build a leading SaaS company in the quality management and health and safety software markets,” said Vick Vaishnavi, Chief Executive Officer, ETQ. “I am eager to dig into the rich work of getting to know ETQ’s people, products and customers and I am confident that my background and approach will not only blend well with the team but provide a solid platform for the next step in ETQ’s evolution.”

Before his appointment at ETQ, Vaishnavi was Senior Vice President and General Manager of the Global CEM Business at Everbridge, a global enterprise SaaS company.  At Everbridge he led and grew the company’s Critical Event Management (CEM) Business that included Enterprise Risk, Smart Security and Digital Operations lines, which he grew from incubation stages to $100M+ in recurring revenue, with contributions from North America and global international markets. During his tenure as head of the CEM Business, he led and integrated multiple acquisitions in the enterprise risk, smart security, digital operations, risk intelligence and crisis management markets as part of the company’s platform strategy.

Prior to Everbridge, Vaishnavi served as the CEO of Yottaa Inc., a SaaS software company that helps customers accelerate, optimize and secure eCommerce sites.  There he drove a critical corporate turnaround, completely repositioned Yottaa in new enterprise markets and built the company into a vertical growth player in the market.

Previously, Vaishnavi was CEO of Aveksa Inc., a leader in IAM (Identity and Access Management) software and solutions that helped organizations improve their information security, access governance and compliance postures by automating user access lifecycle. Under his leadership, Aveksa grew more than 50% year-over-year, earned a leadership spot in analyst ratings, established a global customer base, ultimately being acquired by EMC Corporation.

Vaishnavi also served as CMO at BladeLogic, a global leader in data center automation. At BladeLogic he repositioned the company and secured multiple consecutive years as the undisputed leader in Gartner’s Magic Quadrant and Forrester Wave benchmarks.  As the marketing leader, he revamped sales processes and go-to-market strategies resulting in an 80% increase in close rates and a 50% increase in average deal size. He was a member of the executive team that prepared the company for one of the most successful technology IPOs of 2007 and resulted in the acquisition by BMC Software for $900 million in 2008.  After the acquisition, he assumed the role of CMO of BMC’s Enterprise Systems Management Business.

Vaishnavi holds a bachelor’s degree in Electrical Engineering from Indian Institute of Technology, Roorkee, a master’s degree in Computer Engineering from University of Massachusetts, and an MBA from Boston University Questrom School of Business. He has also participated in authoring eight software patents and has written thought leadership articles on management, sales and growth strategies in enterprise software.

“We are very excited to welcome Vick onboard and equally as excited to be part of this next stage in the ETQ journey,” said Josh Weiss President, Hexagon Manufacturing Intelligence division. “With ETQ we have a solid anchor and a flagship team to continue our efforts in connecting quality through the value chain of our customers and through our portfolio of quality data capture devices. Finally, we’d like to thank Rob for all his efforts in taking ETQ to such levels and building a team around him who shares the same passion for customers and quality as we do.”

Rob Gremley officially handed the baton of ETQ leadership to Vick on January 17 and had this to say at an all-company Town Hall meeting just prior to the transition:

“I’ve had the great opportunity to serve as CEO of ETQ since 2018 and it has been a privilege and joy for me to lead this company. I couldn’t be happier with Vick as the right customer-focused leader for this next phase of ETQ’s growth. He embodies the ideal mix of passion, intelligence, experience and empathy to lead ETQ to success in its next chapter.”

ETQ, part of Hexagon, is the leading provider of quality, EHS and compliance management software, trusted by the world’s strongest brands. More than 600 customers globally, spanning industries such as pharmaceuticals, electronics, heavy industry, food and beverage, and medical devices, rely on ETQ to secure positive brand reputations, enable higher levels of customer loyalty and enhance profitability. ETQ Reliance offers built-in best practices and powerful flexibility to drive business excellence through quality. Only ETQ lets customers configure industry-proven quality processes to their unique needs and business vision. ETQ was founded in 1992 and has main offices in the U.S. and Europe. To learn more about ETQ and its product offerings, visit www.etq.com.