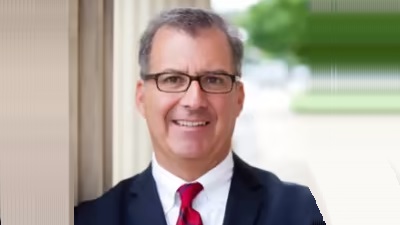 Slate Bio has closed on $1.75 million, as the Charlottesville, Va.-based startup uses technology developed at the University of Virginia to develop drugs for autoimmune and inflammatory diseases.

“We welcome the backing of Epidarex Capital, a highly regarded early-stage investor,” said Slate president and CEO Andrew J. Krouse, who has previously led three biotech startups. “They bring a superior track record of success in building companies stemming from their deep pharmaceutical industry and immunology experience, as well as their strong understanding of the marketplace.”

The pre-clinical biotechnology firm works off IL-2 compounds developed by researchers at the University of Virginia School of Medicine. Slate’s lead candidate, IL233, is called a “first-in-class” drug that has been found to induce persistent remission in animal models of autoimmune and inflammatory diseases.

Slate’s lead candidate faces challenges emerging from recent Phase 2 clinical trials of IL-2 compounds. The trials showed some success but notably revealed a short half-life. But Slate’s IL233 has “demonstrated superiority” because it has a second independent synergistic pathway, unlike the single pathway for IL2, the company said. This enables greater tissue selectivity and improved pharmacodynamics, potentially at lower doses and without side-effects.

Andrew Krouse has over a decade’s investing and leadership experience in biotech. He has previously founded and led three biotech startups —Tau Therapeutics, Xdynia and venture-backed Cavion, which was acquired by Jazz Pharmaceuticals. He has previously worked as an analyst at Goldman Sachs, served as vice president of the UVA Darden Graduate School of Business and as Entrepreneur-in-Residence at the University of Virginia Licensing & Ventures Group.

Epidarex Capital is a transatlantic venture capital firm with a sharp focus on life science companies in startup hubs in the United States and United Kingdom. With $79.4 million raised from two funds, the venture firm has made 39 portfolio investments, and exited three — Apellis Pharmaceuticals, Confluence Life Sciences and Sirakoss. Its recent portfolio investments include Nyra Medical, RapidPulse, Transine Therapeutics, Kynos Therapeutics and Epsilogen.

Epidarex is led by managing partners Kyp Sirinakis and Sinclair Dunlop, who have a combined 50 years of experience in life sciences companies. Dunlop was previously a managing partner at MASA Life Science Ventures, with exposure to startups in the United States, Europe, East Asia and Canada.

Prior to Epidarex, Sirinakis was part of the senior management team at MASA Life Science Ventures. She previously founded and ran WomenAngels.net, a top performing 2000 vintage year fund investing in startup technology and healthcare companies in the Mid-Atlantic region. She also served as the chief financial officer of Oncologix, a Maryland biotechnology company acquired by Antigenics.