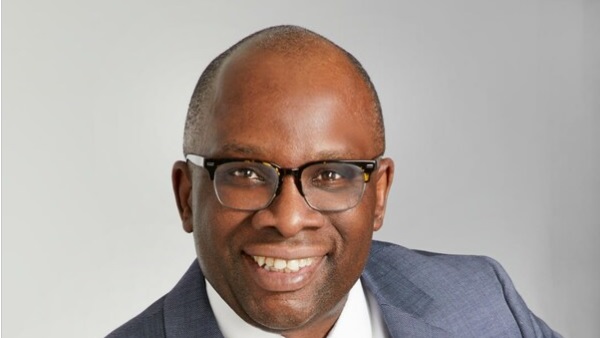 M&T Bank Corporation (NYSE: MTB) announced today the election of Carlton J. Charles, Senior Vice President, Treasury and Risk Management at Hearst, to its Board of Directors, effective January 18, 2023.  Upon his election, Mr. Charles was appointed as a member of the Nomination and Governance Committee of M&T’s Board.  Mr. Charles was also elected to the Board of Directors of M&T Bank, M&T’s principal banking subsidiary.

Mr. Charles serves as Corporate Treasurer for Hearst, a leading global, diversified information, services, and media company with operations in 40 countries. He oversees the company’s risk management activities as chairman of the Risk Working Group, which he helped establish at Hearst. Mr. Charles also leads insurance operations for the company, serves as Chairman of Level Up Ventures, a venture capital unit within Hearst focused on Black and Latino entrepreneurs, and is currently guiding an effort to further diversify Hearst’s roster of vendor partners. Mr. Charles serves on the Hearst Board of Directors and the Board of Advisors for HearstLab, Hearst’s platform for nurturing the growth of early-stage, women-led companies.

“Carlton’s financial acumen, commitment to innovation, and purpose-driven leadership have strengthened the operations of global enterprises, empowered teams to deliver meaningful results, and uplifted traditionally underrepresented communities,” said René F. Jones, M&T Chairman, and CEO. “His election to the M&T board adds to the valuable and diverse perspectives in our boardroom as we work to ensure our growing company meets the evolving needs of our communities, customers, employees, and shareholders.”

During his tenure at Hearst, Mr. Charles developed an operational risk management program and has focused on the company’s cybersecurity and data privacy needs as chair of the Risk Working Group. Additionally, he launched the Hearst Risk Summit, an annual convening of Chief Financial Officers and Chief Technology Officers from across Hearst’s businesses to discuss the enterprise’s critical risks.

“I’m excited to join M&T’s Board of Directors and help the company continue to deliver on its purpose of making a difference in people’s lives,” Mr. Charles said. “M&T’s robust capabilities and caring, empathetic approach to serving customers and communities have positioned the company for sustained growth.”

Before Hearst, Mr. Charles served as Senior Vice President and Chief Operational Risk Officer at Moody’s Corporation, where he was an early architect of Moody’s Enterprise Risk Management program. His prior career experiences included roles with International Paper and Viacom.

A resident of New York City, Mr. Charles serves on the board of BUILD. This organization helps children in underserved communities develop critical skills such as entrepreneurship to achieve future economic empowerment. He is a member of the Executive Leadership Council and the National Association of Corporate Directors.

Mr. Charles earned his MBA in finance from the University of Chicago and holds a master’s in public policy, and a bachelor’s degree in quantitative economics from the State University of New York at Stony Brook.

About M&T BankM&T Bank Corporation is a financial holding company headquartered in Buffalo, New York. M&T’s principal banking subsidiary, M&T Bank, provides banking products and services in 12 states across the eastern U.S. from Maine to Virginia and Washington, D.C. Trust-related services are provided in select markets in the U.S. and abroad by M&T’s Wilmington Trust-affiliated companies and by M&T Bank.