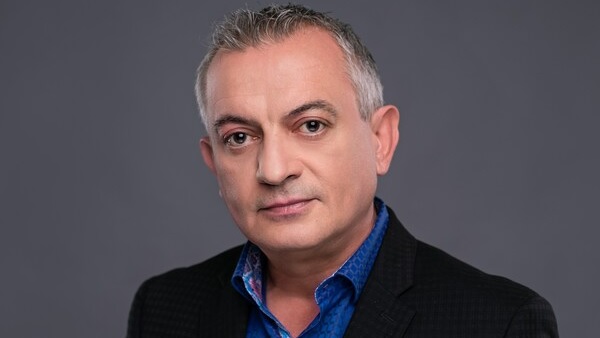 Hard Rock International has appointed Anibal Fernandez as Senior Vice President of the Cafe Division. In his new role, Fernandez’s primary responsibilities will include providing strategic direction and leading the Cafe Team, spanning both company-owned and franchised cafe locations. He will report directly to Jim Allen, Chairman and CEO of Hard Rock International and CEO of Seminole Gaming.

“Anibal is an essential part of our Hard Rock team with a proven track record for helping Hard Rock Cafes around the world exceed guest expectations,” said Jim Allen, Chairman and CEO of Hard Rock International and CEO of Seminole Gaming. “With over 20 years’ experience at Hard Rock alone, we have the utmost confidence Anibal will continue to support team members and enhance the Cafe Division in new and exciting ways.”

Fernandez joined Hard Rock International in 1998 as an Operations Manager, following a long food & beverage tenure, and was quickly promoted to General Manager within the Corporate Division. After a brief departure, Fernandez returned to the organization in 2003, serving as Cafe General Manager. He later oversaw growth of the franchised cafes in the Middle East/South Asia and Europe/Africa in both Director of Operations and Area Vice President roles. In his most recent role, Fernandez was the Vice President of Franchise Operations and Business Development.

“It’s with great joy and admiration for my team that I take this next step in my journey with Hard Rock as Cafe Division lead,” said Anibal Fernandez, Senior Vice President of Cafe Division for Hard Rock International. “I’ve had the privilege of working and growing within the Hard Rock organization and I’m excited to spearhead a continued era of excellence for Hard Rock Cafes around the globe.”

Fernandez brings with him a plethora of expertise, having served as Director of F&B Operations for the Movie World Project in Spain as part of Warner Bros. theme parks, in addition to his Hard Rock experience.

Additional information on Hard Rock International can be found by visiting www.hardrock.com.

About Hard Rock®:Hard Rock International (HRI) is one of the most globally recognized companies with venues in over 70 countries spanning 265 locations that include owned/licensed or managed Rock Shops®, Live Performance Venues and Cafes. HRI also launched a joint venture named Hard Rock Digital in 2020, an online sportsbook, retail sportsbook and internet gaming platform. Beginning with an Eric Clapton guitar, Hard Rock owns the world’s largest and most valuable collection of authentic music memorabilia at more than 86,000 pieces, which are displayed at its locations around the globe. In 2022, Hard Rock Hotels was honored as the number one brand in Outstanding Guest Satisfaction for the second year in a row among Upper Upscale Hotels in J.D. Power’s North America Hotel Guest Satisfaction Study. This designation is the fourth consecutive year the iconic brand has been among top brands in this category. HRI is the first privately-owned gaming company designated U.S. Best Managed Company by Deloitte Private and The Wall Street Journal for the second year. Hard Rock was also honored by Forbes among the World’s Best Employers, as well as Best Employers for Women, Diversity and New Grads and a Top Large Employer in the Travel & Leisure, Gaming, and Entertainment Industry. In the 2022 Global Gaming Awards, Hard Rock was named Land-Based Operator of the Year for the second time in four years. In 2021, Hard Rock Hotels & Casinos received first place ranking in the Casino Gaming Executive Satisfaction Survey conducted by Bristol Associates Inc. and Spectrum Gaming Group for six of the last seven years. Hard Rock International currently holds investment grades from primary investment rating agencies: S&P Global Ratings (BBB) and Fitch Ratings (BBB). For more information on Hard Rock International, visit www.hardrock.com or shop.hardrock.com.