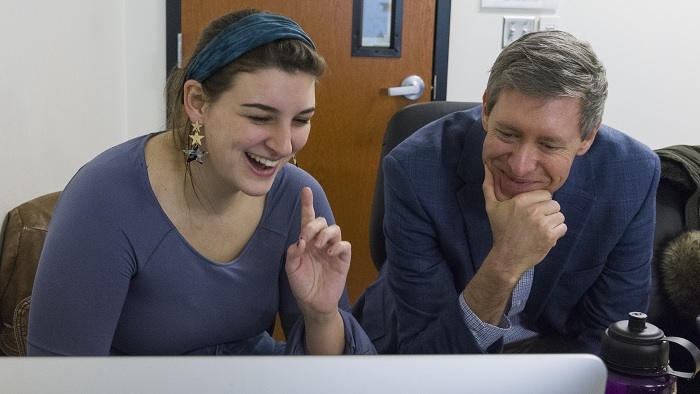 Atticks, who graduated from Loyola in 1997 with a B.A. in Communication, joined the Loyola faculty in 1999 as an affiliate assistant professor of communication at Loyola. Since September 2001, he has been director of Apprentice House Press, the first student-run publishing firm in the country. In his new role for the State of Maryland, Atticks will continue to serve on the Loyola faculty and at Apprentice House.

Outside his role at Loyola, Atticks is the executive director of the Maryland Wineries Association, the Brewers Association of Maryland and the Maryland Distillers Guild. He is also the founder of Grow & Fortify, a consulting firm that supports value-added agriculture.

He serves on the University of Maryland College of Agriculture’s Global Leadership Council, and the boards of Future Harvest CASA and the Maryland Tourism Coalition. Atticks is a past president of the Maryland Agricultural Resource Council and past chair of the WineAmerica State and Regional Associations Advisory Council.

“On behalf of our Loyola community, I want to congratulate Kevin on this well-deserved appointment to Governor Wes Moore’s new administration,” said Terrence M. Sawyer, J.D., president of Loyola. “We encourage our students to be Ignatian citizens who are civically engaged. I hope Kevin’s involvement as a leader in our state inspires our students to make the most of the Jesuit, liberal arts education they are receiving and consider the mark they can make on the community.”

Atticks’ wife, Andrea, ’98, is division director for speech-language-hearing at the Loyola Clinical Centers.

In addition to his Loyola degree, Atticks also holds a doctorate in communications design from the University of Baltimore and a master’s in environmental journalism from University of Colorado-Boulder.