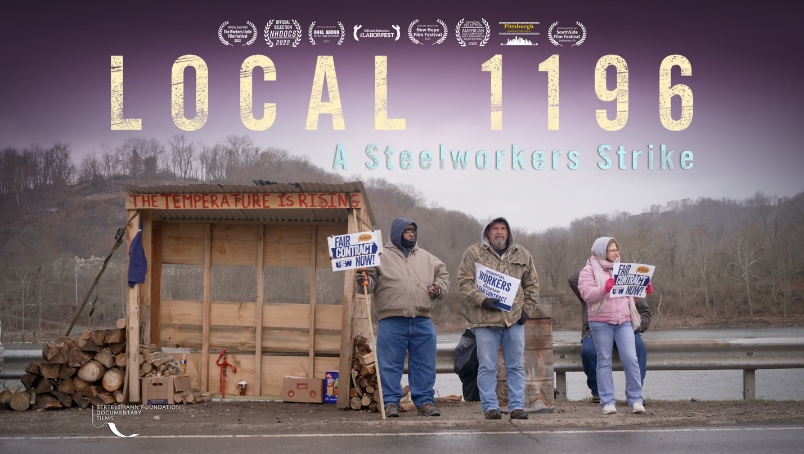 Maryland Public Television (MPT) will air Local 1196: A Steelworkers Strike on Saturday, January 28 at 10 p.m. on MPT-HD. The film is also available to view on-demand on the PBS video player.

In March of 2021, the union members of United Steelworkers Local 1196 struck, citing unfair labor practices on behalf of Allegheny Technologies (ATI). From late night conversations on the picket lines, to fiery debates at the union hall, to growing anxiety brewing in the homes of the members, the film offers viewers an up-close look during a steelworkers’ strike in the town of Brackenridge, Pennsylvania.

Local 1196: A Steelworkers Strike, a one-hour documentary by Samuel George of the Bertelsmann Foundation, is set against a backdrop of a town decaying from poverty and a nation divided politically. The film follows the striking steelworkers, who had long relied on ATI for a reliable source of employment, often referring their own children for work there.

In recent decades, the rise of automation and outsourced labor has chipped away at their job security. Feeling left behind by both the company that once effectively supported their town and politicians they perceive to be more focused on national election battles than the livelihood of frontline workers, the steelworkers feel pushed to a work stoppage.

Filmed over the 106 days on the picket lines, Local 1196: A Steelworkers Strike gives voice to strikers increasingly at risk of lost jobs, lost healthcare, and lost homes. Despite that risk, they continue to demand fair contracts, pay, and access to work for members and nonmembers alike at ATI, calling themselves the “last line of defense” for future steelworkers.

Viewer discretion is advised, as this documentary contains candid and sometimes profane language.

Maryland Public Television (MPT) is a statewide, public-supported TV network and Public Broadcasting Service member offering entertaining, educational, and inspiring content delivered by traditional broadcasting and streaming on TVs, computers, and mobile devices. A state agency, it operates under the auspices of the Maryland Public Broadcasting Commission. MPT creates local, regional, and national content and is a frequent winner of regional Emmy® awards.  MPT’s commitment to educators, parents, caregivers, and learners of all ages is delivered through instructional events and Thinkport.org. MPT’s year-round community engagement activities connect viewers with resources on a wide range of topics.  For more information visit mpt.org.