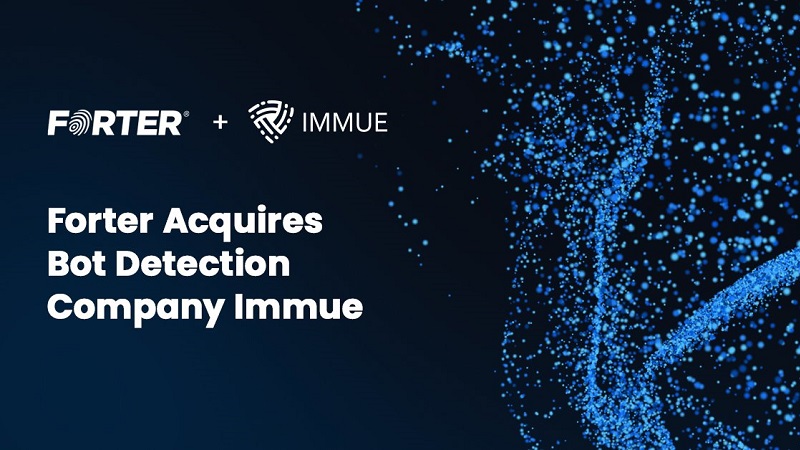 Bots are used by the most sophisticated fraud operations to monitor and automate purchases from merchant sites. In fact, it’s frequently automated systems competing against legitimate customers for the most sought-after items. Headline-grabbing bots often target limited stock drops or short time frame sales – most common in the ticketing and footwear/apparel industries – where merchants must balance high demand with low-quantity. Forter’s data found that these merchants face 5-6x more bot attacks than their counterparts.

While the vast majority of bot traffic is damaging to merchants and their customers, Immue’s innovative technology allows businesses to filter out the most sophisticated attacks and authorize only certain bot-enabled transactions. For example, a merchant with excess inventory may create a policy that allows bots to purchase a certain number of items to eliminate the overstock and avoid lower gross margins.

“Tackling the surge of bot attacks takes a nuanced and complete understanding of both fraudster and consumer behavior. Forter’s identity graph of over one billion personas, combined with the depth and breadth of our attacker intelligence means we’ll be able to block even the most sophisticated bot attacks in real-time,” said Itzhaki. “We’re looking forward to bringing our powerful teams together to fight fraud and build trust.”

Forter is the Trust Platform for digital commerce. We make accurate, instant assessments of trustworthiness across every step of the buying journey. Our ability to isolate fraud and protect consumers is why Nordstrom, Sephora, Instacart, Adobe, Priceline, and leaders across industries have trusted us to process more than $500 billion in transactions. Our deep understanding of identity and use of automation helps businesses prevent fraud, maximize revenue and deliver superior experiences for their consumers. Learn more at www.forter.com.