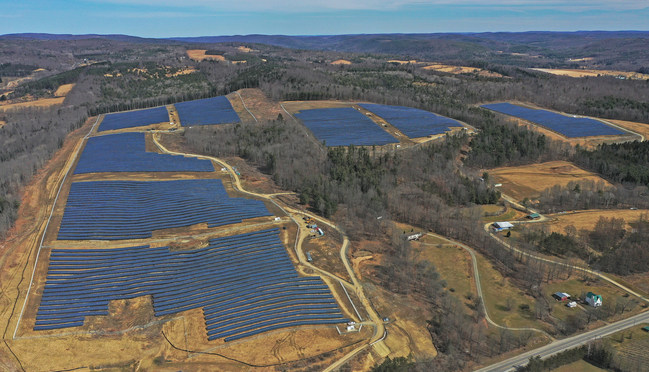 ​CS Energy, LLC, a leading integrated energy firm that designs and builds optimized projects in the solar, storage and emerging energy industries, has opened its first office in New York state. Located in Albany, the regional office is a testament to the firm’s commitment to the New York solar and energy storage markets.

CS Energy is already a leader in New York’s renewable energy industry, with more than 120 megawatts (MW) installed across the state. Recent projects include a 27 MW facility in Dryden, a 24 MW project in Spencer, and an 18 MW project in Norwich. The company expects to be playing a major role in New York’s renewable energy transition and is gearing up to support the massive growth of solar and energy storage installations throughout the state. As the state continues to safely reopen, CS Energy expects to build approximately 130 MW of community solar and large scale solar projects in the state—an ambitious goal strengthened by the central location of the new office.

“We are redoubling our commitment to New York,” said Matthew Skidmore, CEO of CS Energy. “This office will allow us to grow quickly and recruit more local workers. As we aim to be the top solar EPC firm in New York, this new base is a big step in achieving our objective.”

The move also positions CS Energy to help the state with two of its 2030 energy goals: to receive more than 70 percent of its electricity from renewable sources and to develop 3,000 MW of energy storage. CS Energy was recently ranked the #1 solar installation company in New York by Solar Power World.

Establishing the office isn’t the only growth the company is doing in New York: CS Energy will help restart the local economy by increasing its local workforce by more than 300 percent this year. The company has already established relationships with universities and developed internship programs in order to fast track the recruitment process.

“We have a long-term strategy in New York,” Skidmore added. “Every step we’ve taken in the state has been designed to set ourselves up for success over the next decade as we help New York achieve it’s clean energy goals.”

“Under Governor Cuomo’s leadership, New York’s renewable energy policies are helping to attract new businesses to the state and proving to be a significant economic driver and job creator across as we work to rebuild our economy,” said Doreen M. Harris, Acting President and CEO, NYSERDA. “Congratulations to CS Energy on the opening of their new office in the Capital Region – a welcomed demonstration of their continued investment in New York and support in the achievement of the Governor’s nation-leading climate and clean energy goals.”

CS Energy, LLC is a national EPC, O&M, and energy storage company. CS Energy’s attention to detail, flawless execution and collaborative culture has enabled them to successfully design and install nearly 1 GW of solar projects since their early initiatives in 2004. CS Energy leverages established partnerships with solar developers, IPPs, utilities, off-takers, suppliers and landowners to streamline project development, design, construction and operations, driving down project costs and creating value across all project stakeholders. Majority-owned by Ares Infrastructure and Power with a minority position retained by The Conti Group, CS Energy is well positioned with a diversified network of industry experts and the financial resources to be a trusted, long-term partner.