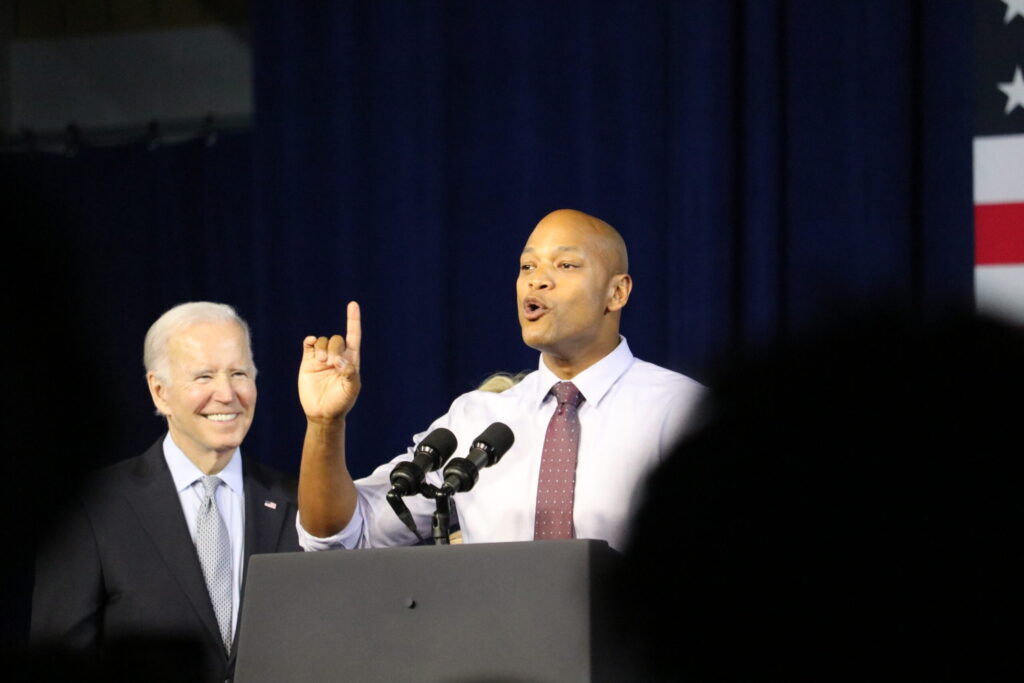 Gov.-elect Wes Moore (D) takes office Wednesday with the weight of history and the burden of high expectations on his broad shoulders. He also begins Day One of his four-year term as a bonafide national superstar, a rarity for a political newcomer — and a weight, perhaps, of a different kind.

Hours before Moore was set to be sworn in as Maryland’s 63rd governor, Bloomberg News posted an article touting him as a future presidential contender. It mentioned him in the same breath as Vice President Kamala Harris, U.S. Transportation Secretary Pete Buttigieg, California Gov. Gavin Newsom, and Michigan Gov. Gretchen Whitmer.

“As Democrats wring their hands about who might run — and win — once Joe Biden leaves office, Maryland Governor-elect Wes Moore emerges as if he were created in a political lab: a person of color who rose from poverty and served in combat,” Bloomberg wrote. “A Rhodes scholar and best-selling author on Oprah Winfrey’s radar. And through his work on Wall Street and the Robin Hood Foundation, he boasts a network of celebrity and hedge fund contacts.”

How does a 44-year-old first-time officeholder measure up to such a build-up? How will he learn the nuances and complexities of a high-pressure job under the constant glare of the national political media, camped out just 30 miles away from Annapolis in Washington, D.C.? How does he balance the 24/7 demands of being governor with his party’s never-ending search for fresh and exciting leaders? And how does he navigate as the state’s first Black governor — and only the third elected in U.S. history — in such toxic, perilous political times?