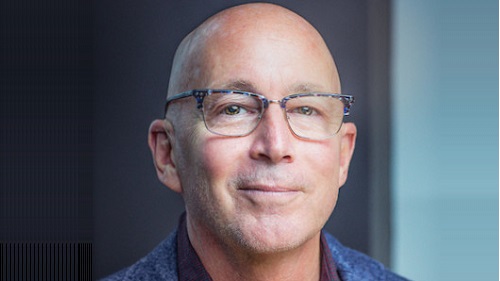 NEW YORK, Jan. 18, 2023 (GLOBE NEWSWIRE) — Stablix, Inc., a biopharmaceutical company pioneering targeted protein stabilization (TPS) as a novel therapeutic modality, today announced the appointment of Douglas E. Williams, Ph.D. to its Board of Directors. Dr. Williams is an accomplished biotechnology executive with over 30 years of leadership experience in drug research and development. He is currently President and Chief Executive Officer of Codiak BioSciences.

“We’re very pleased to welcome Doug to the Stablix Board,” said Tony Kingsley, Stablix CEO. “As we build our RESTORED™ platform and advance our heterobifunctional small molecule programs towards the clinic, Doug’s deep understanding of drug discovery and development and experience growing innovative biotech companies will be invaluable in guiding our progress and building the leading company in TPS.”

“I believe Stablix is on the cusp of creating an entirely new therapeutic modality, built to address biology and diseases previously inaccessible; I’m thrilled to be joining the Board at this exciting time for the company,” said Dr. Williams. “The Stablix platform has tremendous potential to be the first small molecule approach to enable restoration of proteins for therapeutic benefit, which may address a wide range of diseases poorly served by existing modalities. The combination of a world-class leadership team, cutting-edge platform technology, and rapidly advancing programs has made Stablix the clear leader in this rapidly evolving field.”

Dr. Williams is currently the President, CEO and member of the Board of Directors of Codiak BioSciences. He was previously Biogen’s Executive Vice President, Research and Development, serving in this role from January 2011 to July 2015. He joined Biogen from ZymoGenetics, where he was most recently CEO and member of the Board of Directors. ZymoGenetics was purchased for $985MM by Bristol Myers Squibb during Dr. Williams’ tenure. Previously, he held leadership positions within the biotechnology industry, including Chief Scientific Officer and Executive Vice President of Research and Development at Seattle Genetics, and Senior Vice President and Washington Site Leader at Amgen. Dr. Williams served in a series of scientific and senior leadership positions over a decade at Immunex, including Executive Vice President and Chief Technology Officer and a member of the Board of Directors. During his 30+ year career in the biotechnology industry he has played a role in the development of several novel drugs including Enbrel, Tecfidera, and Spinraza. He has served on the board of numerous biotechnology companies and is currently Chairman of the Board of AC Immune, and is a Director for Panacea II.

About Stablix
Stablix, Inc. is a biotechnology company establishing a new paradigm for tackling diverse diseases by harnessing the power of the body’s own cellular machinery through Targeted Protein Stabilization (TPS). The Company’s RESTORED™ platform generates heterobifunctional small molecules (RESTORACS™) that selectively recruit active deubiquitinases (DUBs) to target proteins for precise removal of ubiquitin to restore protein function. This approach may have wide applicability across oncology, immunology, and rare diseases. The Company is currently advancing its lead programs towards clinical studies. Stablix was launched in June 2021 with a $63 million Series A led by founding investor Versant Ventures with New Enterprise Associates (NEA), Cormorant Asset Management, Euclidean Capital, and Alexandria Venture Investments. The company’s platform is based on the work of Henry Colecraft, Ph.D., Professor of Physiology and Cellular Biophysics, and Professor of Pharmacology, Columbia University Irving Medical Center. Stablix was named a 2021 “Fierce 15” company by Fierce Biotech. www.stablix.com