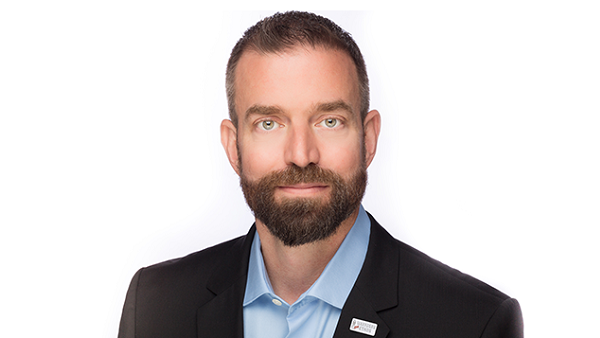 Hypori, a Reston, Va.-based cybersecurity startup, has raised $10.5 million in Series B funding led by New York’s Hale Capital Partners. Other investors include Series A backer GreatPoint Ventures of San Francisco, Gen. David Petraeus and others.

“This is a pivotal moment of change for Hypori. Hale Capital and Marty [Martin M. Hale Jr.] are exactly what we needed to continue to drive disruptive innovation and transform secure access and interaction with data from the edge,” said Shepard, Hypori’s president and CEO. “Hypori is changing the way the industry thinks about cybersecurity and operating at the speed of cloud to achieve mission success.”

“With no data at rest and no data in transit, their BYOD solution appears to us to be a game changer,” said Hale, who along with Systems Planning and Analysis CEO Rich Sawchak, will join Hypori’s board. “We look forward to supporting Hypori as it scales and delivers unmatched security and ease of use to its customers.”

So far, Hypori has raised $44.5 million from investors since 2012. Its other investors include San Francisco-based Green Visor capital. J.P. Morgan acted as placement agent for Hypori and provided access to its proprietary CapitalConnect platform for fund-raising.

Good for Defense, Good for All

A key challenge organizations face today arises from the fact that 75% of employees use personal cell phones for work and 83% of companies have some sort of BYOD policy. Securing these devices — especially with hybrid and remote work emerging as a permanent feature — is critical for many, if not most, industries.

Hypori’s answer to this challenge is a virtualized Android operating system called Halo. The technology carves out virtual space on any Android device to serve as a secure, exclusive place for work data. In addition, Hypori Halo bakes so-called zero-trust — a security strategy that authenticates and authorizes every device, network connection and data transfer — into its platform to fully secure organizations. With the Department of Defense as an early customer, Hypori rightly believes its security technology could be good enough for any private entity. With the Series B funding, Hypori expects to speed up delivery of the US Army’s phase 3 BYOD rollout.

Earlier this month, Hypori, which has an office in Austin, Texas, was named a Best Place to Work by Built In Austin, ranking 13th out of 100 midsize companies. In December, the company’s Halo was declared the best security product of 2022 at the Cyber Outstanding Security Performance Awards. In 2021, Hypori’s platform was declared the Top Commercial Innovation at the Thomas Edison Innovation Award.

Gen. David H. Petraeus retired from the U.S. Army in 2011 after 37 years of service, during which he received several awards. After his retirement, President Obama tapped him to head the CIA. Today, he is a partner with the global investment firm KKR,and also invests in his personal capacity. The New York native also chairs the KKR Global Institute, besides holding a number of teaching positions.

In his military career, Petraeus notably served in Cold War Europe, and, after the 9/11 attacks, in Iraq and Afghanistan. He has received numerous U.S. military, State Department, NATO and United Nations awards and decorations.

After nearly a dozen years of service to the U.S. Army, Hypori founder Jared Shepard turned an entrepreneur and has amassed over two decades’ experience in information technology, federal services and sales. He notably helped architect the U.S.-built DoD Iraqi network infrastructure. Shepard’s first venture, Intelligent Waves, builds products to serve the tactical and strategic needs of the DoD’s Warfighter.

Shepard is also the founder and chair of Warriors Ethos, a 501(c)(3) nonprofit organization to help the “wounded and veterans.”