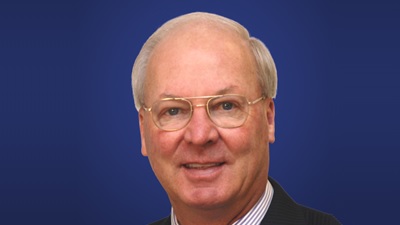 “I would like to thank General Eberhart for his countless contributions as Chair and his dedication to our country’s military service members, first responders, and customers throughout the years,” said General Larry O. Spencer, President of AFBA and 5Star Life Insurance Company. “We are fortunate to have respected leaders on our board to guide our efforts and are pleased to welcome General Craig McKinley as AFBA’s new Chair. He has been a valued member of our board for two years, and his experience, leadership, and expertise in our markets make him an excellent choice to lead AFBA into the future.”

Craig R. McKinley retired as a four-star general in 2012 after a 38-year career in the Air Force. His last assignment was as the Chief of the National Guard Bureau, where he also served as a member of the Joint Chiefs of Staff. In that capacity, he served as military advisor to the President, the Secretary of Defense, and the National Security Council. He has also served as National Chair of Employer Support of the Guard and Reserve.

“It has been a privilege to serve on the AFBA board these past few years and it is an honor to accept this new role. I am looking forward to my new responsibilities as Chair while we continue to fulfill and further AFBA’s mission of serving those who serve, defend, protect this great nation,” said General Craig R. McKinley, USAF (Ret.).

With the support of the General of the Army, Dwight D. Eisenhower, the Armed Forces Benefit Association (AFBA) was established in 1947 in the basement of the Pentagon to ease the strain on military members and their families who, at the time, could not purchase life insurance that would pay a death benefit if the member was killed in combat. Today, headquartered in Alexandria, VA, AFBA continues to honor its mission, in war and peace, promoting the welfare of its members by providing survivor and other benefits to those who serve this great nation, including members of the uniformed services, first responders, government employees, and their families. AFBA has more than 535,000 members with $40 billion of death benefits in force and has paid nearly $2 billion of death benefits since inception. AFBA death benefits are primarily underwritten by its affiliate, 5Star Life Insurance Company (a Lincoln, Nebraska domiciled company).