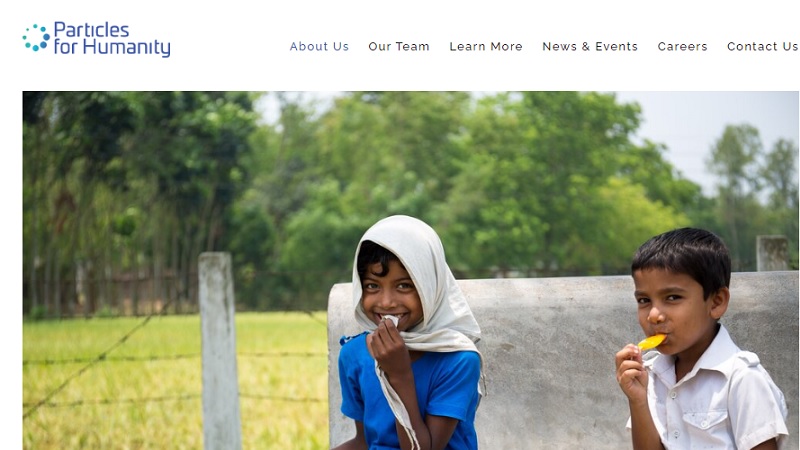 Particles for Humanity has raised $10 million in grant funding to prepare its stable form of vitamin A (PFH-VAP) for adoption by national wheat flour fortification programs. Given PFH-VAP’s exceptional stability in bouillon in hot and humid conditions, industry and governmental stakeholders have encouraged its development for wheat flour fortification to increase vitamin A intake and aid in prevention of vitamin A deficiency.

Wheat flour is the second application of PFH-VAP, adding to Particles for Humanity’s efforts to support national bouillon programs. Wheat is one of the fastest-growing staple foods in Africa and the largest source of dietary calories in Central Asia. Wheat flour is already a well-established vehicle for large-scale food fortification, the practice of adding essential micronutrients to widely consumed staple foods and condiments. In Africa, almost 600 million people live in countries where vitamin A fortification of wheat flour is mandated by the government. Despite widespread existing mandates, Hemery et al reported in Food Chemistry in 2018 that commercial products lose up to 85% of vitamin A content in wheat flour due to exposure to heat and humidity during storage. These hot and humid conditions are found in many parts of Africa. Instability significantly reduces the effectiveness of fortification and, when more vitamin A is added to compensate for storage losses, it also adds cost.

This large grant from the Bill & Melinda Gates Foundation is twice the size of any previous grant to Particles for Humanity, and brings total funding received for the PFH-VAP program to almost $20 million. This multi-year investment ensures PFH-VAP can progress to commercial readiness for both wheat flour and bouillon after the successful completion of pre-commercial manufacturing scale-up, which is currently in progress.

This meaningful investment in the fight against micronutrient deficiency comes at a crucial time. An estimated 925 million people faced severe food insecurity in 2021, up 75 million from just the year before. Since then, conditions have worsened due to record high food prices following supply chain disruptions from the pandemic, the war in Ukraine, and the increasing severity of the climate crisis. As millions more continue to be driven into extreme poverty, hunger and malnutrition are on the rise, especially in low-income countries. In Africa alone, almost 6% of deaths in children-under-5 can be attributed to vitamin A deficiency. Fortifying widely consumed staple foods and condiments is a proven strategy for reducing malnutrition at scale. Bringing PFH-VAP to commercial readiness is a crucial step in ensuring access to reliable and stable forms of vitamin A for the populations that need it most.Particles for Humanity transforms early-stage medical technology into products for people in low-income countries. It is developing a portfolio of products with funding from the Bill & Melinda Gates Foundation, Mulago Foundation, and King Philanthropies. Its rigorous product development process is based on end-user input and is focused on financially sustainable product opportunities. For more information, visit the company’s website www.particlesfh.com.