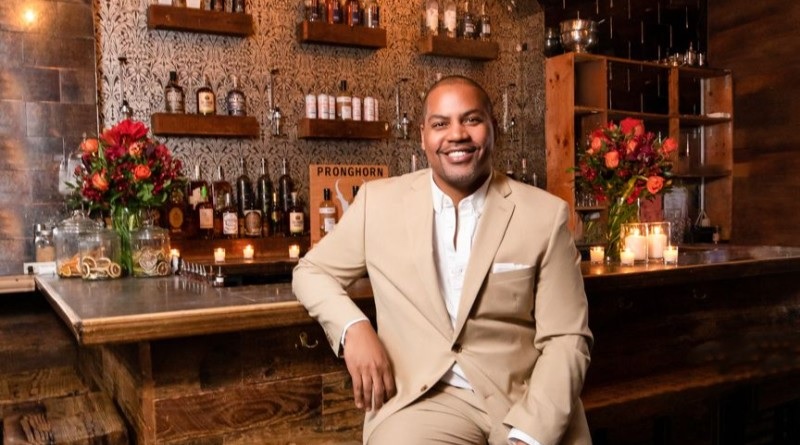 Pronghorn, an independent company dedicated to expanding diversity within the spirits industry by cultivating and investing in the next generation of Black founders, executives, and entrepreneurs, has announced today its most recent capital investment in Hella Cocktail Co. Pronghorn’s capital investment in the brand will provide access to its supercharging services, designed to help continue scaling Hella’s business. Furthermore, Hella Cocktail Co.’s Co-Founder, Jomaree Pinkard will transition to Chairman of Hella Cocktail Co., and assume his appointment as Pronghorn’s new CEO and Managing Director.

“We are excited at the overwhelming support Pronghorn has extended to the Hella Cocktail family,” said Tobin Ludwig, Co-Founder at Hella Cocktail Co. “The investment in our shared vision at Hella is a true testament to Pronghorn’s mission to elevate brands across the category and create real industry change. We’re proud to see our Co-founder and Chairman, Jomaree Pinkard, bring his work to the next level for the entire spirits industry.”

Hella Cocktail Co., a brand of botanically inspired mixers and beverages crafted to elevate cocktail culture for everyone, is the newest, welcomed addition to Pronghorn’s steady stream of capital investments this year. Falling on the heels of the recent round of angel investments in Tequila with Friends, Den of Thieves, and Ego Tequila earlier this month, the financial investment in Hella Cocktail Co. will similarly be supplemented with access to Pronghorn’s supercharging program which includes consulting services from Pronghorn’s team of industry experts to accelerate the brand’s growth. Moreover, Pinkard will be transitioning from a decade-long role serving as Hella Cocktail Co.’s CEO to Pronghorn’s CEO and Managing Director.

“I know I speak for the entire team and myself when I say we are looking forward to welcoming Jomaree to Pronghorn,” said Pronghorn co-founder Dia Simms. “Jomaree shares the same modern, disruptive approach to building companies as we do at Pronghorn, making him the perfect fit to lead our company and ensure investments in other Black-owned spirits companies are successful.”

In Pinkard’s new role he will be leading Pronghorn’s tentpole initiatives that propel the company’s overarching mission of bridging the representation gap in the spirits industry. Pinkard will oversee the continuation of Pronghorn’s capital investments against the organization’s earmarked goal of supporting 57 Black-owned brands and will help accelerate its pipeline development of talent from the Black community to fill 1,800 roles committed to by suppliers, distributors, and retailers in the industry over the next ten years to generate $2.4 billion in economic value for the Black community.

“I am thrilled to be joining Pronghorn. I look forward to helping drive wealth and economic power to the next generation of Black entrepreneurs and business leaders in the beverage alcohol space,” said Jomaree Pinkard. “I’m incredibly grateful to be fully supported by my Hella Cocktail Co. co-founders Tobin Ludwig and Eddie Simeon, investors, and new family at Pronghorn who all share the common vision of uplifting minority-founded, owned and led spirit companies through their various journeys.”

Before joining Pronghorn, Pinkard spent ten years creating and developing a diversely-owned craft beverage company, Hella Cocktail Co. During that time, he helped usher the company through several strategic brand iterations and groundbreaking product innovations. His finance acumen enabled the bootstrapped brand to build capacity and capabilities at a premium level, starting with zero dollars and no account distribution. During his tenure as CEO, Hella Cocktail Co. grew from a mason jar to a national multi-million-dollar venture built on a foundation of inclusivity and inspired confidence.

Pinkard, a native New Yorker, is a graduate from the University of Virginia’s McIntire School of Commerce and earned his MBA from The Wharton School of the University of Pennsylvania. His career journey has taken him from helping to develop and implement The Salvation Army’s September 11 World Trade Center Recovery Program to an independent consulting role for the National Football League. Pinkard brings an established history of pragmatic strategy that has maximized company potential to his new home at Pronghorn.

To commemorate the executive appointment and the new union between Hella Cocktail Co. and Pronghorn, both entities have released a new cocktail recipe that industry friends and consumers alike can toast to the news with.

ABOUT PRONGHORN: Pronghorn is focused on cultivating the next generation of Black entrepreneurs, executive leaders, and founders within the spirits industry. Through sustainable capital investments, incubation, and recruitment programs, Pronghorn removes barriers and grants access to critical resources that empower untapped talent and emerging Black businesses to reach their full potential. The company was co-founded by spirits industry veterans Dia Simms, Erin Harris, and Dan Sanborn. Global beverage alcohol leader, Diageo announced its backing as anchor investor in Pronghorn in 2021. The pronghorn is the fastest North American land mammal and can endure speeds for miles. Inspired by our namesake, Pronghorn believes creating real change is a marathon, not a sprint. For more information visit: www.pronghorn.co.

ABOUT HELLA COCKTAIL CO. Hella Cocktail Co. is a brand of botanically inspired mixers and beverages that offer daring tastes that elevate and expand cocktail culture for everyone. Hella’s mission is to inspire confidence in the curious among us, so that they bring their authentic selves to the table. Hella serves a curated portfolio of cocktailing options, is rooted in the pursuit of bold flavors, and values an inclusive community where all feel invited to gather around the table. The company was co-founded by Jomaree Pinkard, Tobin Ludwig, and Eddie Simeon. For more information follow them on social media @hellacocktailco or visit HellaCocktail.co.