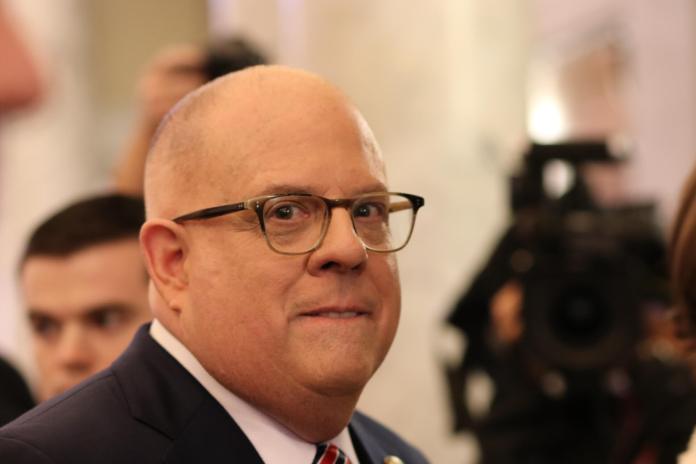 The two-word revision to the emergency order Hogan issued in early April follows Montgomery County’s decision to ban classroom instruction at private schools until Oct. 1. That decision, made on Friday, meant that Barron Trump would be unable to attend classes at St. Andrew’s Episcopal School in Potomac.

The decision generated national headlines and was immediately denounced by General Assembly Republicans and Hogan, who reacted on Twitter. The president did not address the matter directly, but at 8:03 a.m. on Monday he tweeted “Cases up because of BIG Testing! Much of our Country is doing very well. Open the Schools!”