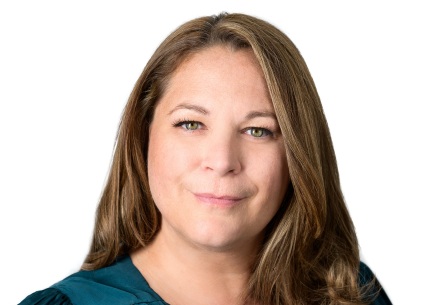 “At Notarize, we are transforming industries stuck in paper due to technology and regulatory barriers,” said Notarize CEO Pat Kinsel. “We are building products and driving legislative change to move industries forward and I’m happy to have Nicole on board to accelerate our efforts working with government and trade associations to pull the future closer.”

Throughout her career, she has held board positions and chaired committees, including:

“Notarize has established RON in the United States by bringing an industry-leading product to market, establishing superior customer signing services, and tirelessly advocating for essential legislation state-by-state,” said Tim Reiniger, author of first-of-their-kind Virginia Online Notary Law (2011) and the Virginia Digital Identity Law (2015). “Nicole’s deep experience with advocating for the modernization of the mortgage industry, at both the state and federal levels, is just what Notarize will need to harness the continuing market disruptions unleashed by RON.”

“I’m thrilled to join the fastest growing digital notary company and share the organization’s story and passion for building and earning trust in the digital age,” Booth said. “With federal legislation pending and states continuing to sign RON laws, it’s a critical inflection point for the industry and I’m eager to contribute to Notarize’s continued growth and innovation.”

Booth began her career as a legislative aide for former Ways and Means committee Chairman Dave Camp (R-Mich) and held a government affairs position at K&L Gates law firm. She holds an MA in Legislative Affairs from The George Washington University and a BA in Public Relations from Central Michigan University. In the last year, she received the Women in Housing and Finance 40 under 40 Award; the Five Star Women in Housing Leadership Keystone – Rising Business Leader Award; and the Michigan Mortgage Lenders Association Rising Star Award.

Notarize is the first notary public platform allowing any person or business to get their documents legally notarized online. Notarize is also the first company to enable an entirely online real estate and mortgage closing process. Founded in 2015, Notarize has helped tens of thousands of individuals and businesses (on every continent, except Antarctica) get documents digitally notarized. For more information, visit www.notarize.com.