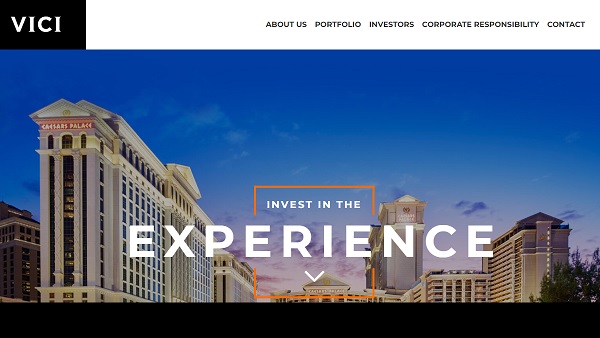 NEW YORK–(BUSINESS WIRE)–VICI Properties Inc. (NYSE: VICI) announced today that it will utilize its Partner Property Growth Fund to provide capital for an exciting expansion project for Century Casinos, Inc. (NASDAQ: CNTY). The project consists of a new land-based casino with an adjacent 38-room hotel tower at Century Casino Caruthersville, located in Caruthersville, Missouri. Pursuant to an amendment to the existing master lease between the parties, VICI will own the real estate improvements associated with these projects, which are expected to cost approximately $51.9 million, and annual rent under the master lease with Century will increase by approximately $4.2 million following completion of the projects.

John Payne, President and Chief Operating Officer of VICI Properties, said, “We are very excited to continue to grow our partnership with Century by funding this expansion project through our Partner Property Growth Fund. Since we jointly acquired three regional assets in 2019, the Century team has significantly enhanced performance at the properties by fine-tuning operations and focusing intently on customer satisfaction. Our team, led by Danny Valoy and Elena Keil, has collaborated with Century to structure a transaction that greatly enhances the long-term value of the property in Caruthersville, provides Century with balance sheet flexibility and allows VICI to invest free cash flow, growing our AFFO without the need for external funding.”

The new land-based casino at Century Casino Caruthersville, which will replace the last remaining riverboat casino on open water in Missouri, will feature a hotel lobby, restaurant, bar, lounge, multi-purpose meeting rooms as well as offices. The gaming space will initially offer 650 slot machines (an increase of 25% over the current number of slot machines), table games, a deli, and a bar. It will also have the possibility of an expansion for up to an additional 140 slot machines. The 38-room hotel, which sits between the existing pavilion and the new casino, will provide stunning views over the Mississippi River and Caruthersville. The Missouri Gaming Commission granted preliminary approval for the casino project at its meeting in December 2021. Additional state and local approvals will be required, including final regulatory approval from the Missouri Gaming Commission once the new casino construction project is completed.

Century Casinos’ common stock trades on The Nasdaq Capital Market® under the symbol CNTY. For more information about Century Casinos, visit its website at www.cnty.com.