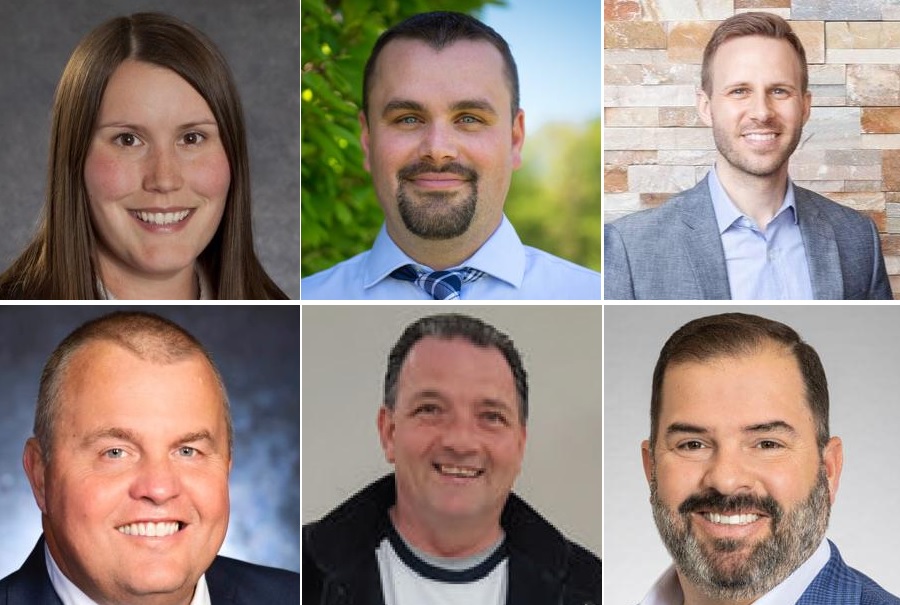 AGMCC and its board oversee the North American Contractor Certification(NACC) and Architectural Glass and Metal Technician(AGMT) programs. The AGMCC board is an 18-member panel that provides an equally balanced voice from the glazing industry and stakeholders. Members include 50 percent representation from glazing contractors and glaziers; the remaining 50 percent includes general contractors, architects, component manufactures, curtainwall consultants, specifiers, and other glazing project stakeholders. Members are elected to serve a two-year term.

New board member McIntyre explained his decision to join the AGMCC board. “I bring a dual perspective. My background includes the knowledge of a glazier in the field understanding the hands-on requirements for installations. I’ve also built my company and understand how to run a business. Both perspectives are important to shape the NACC and AGMT certification programs – and ideally help them lead to more work for certified companies and individuals.”

Villeneuve will bring a Canadian perspective to the board. “I’m hoping to bring helpful input in future decision-making as AGMCC hopes to expand the AGMT certification in Canada.”

McLain added that he was heavily involved in the certification process for Chandler Architectural Products and sees NACC as a vital operational exercise. “I want to help the NACC and AGMT programs to become more user friendly. I also want to expand awareness to other glazing contractors, construction managers, owners, and architects to make them recognize the benefits of certified installer companies and employees.”

The new members bring both insights and ideas to the role. For example, Sharp has expressed interest in evaluating the potential for different levels of individual certification aimed at less experienced glaziers as they work upto the current five-year requirement for AGMT certification. “I want to give input and help the NACC and AGMT programs keep going and growing.”

The Architectural Glass and Metal Certification Council (AGMCC) is a 501(c)3 not-for-profit, public benefit organization formed with the intent of harmonizing stakeholders involved in two glazing industry initiatives offering certification to both contractors and technicians. AGMCC’s purpose is to plan, organize, direct, coordinate, and sponsor the North American Contractor Certification (NACC) and Architectural Glass and Metal Technician (AGMT) programs for the contract glazing industry to assure that services to the public are performed in a manner that will tend to minimize defects and failures and to promote the standards, levels of competence, and/or performance requirements as determined by AGMCC. For more information, visit http://agmcc.org.