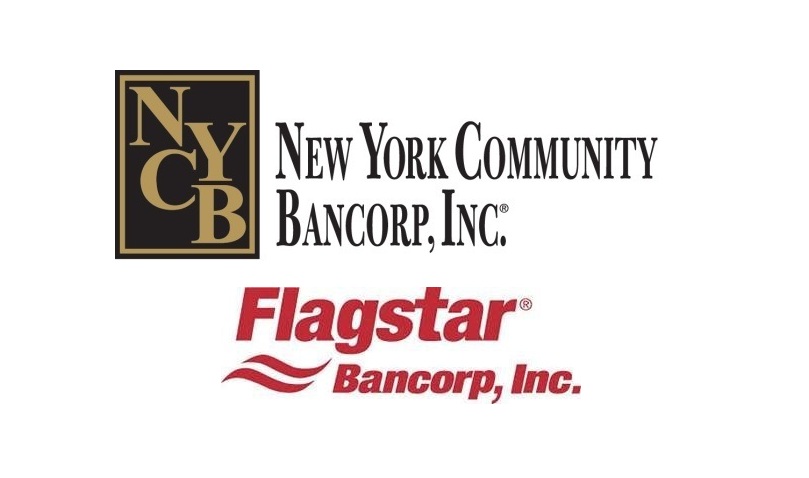 New York Community Bancorp, Inc. (NYSE: NYCB) announced that its acquisition of Flagstar Bancorp, Inc. was completed earlier today, creating a regional banking franchise ranking among the top 25 banks in the country based on total assets.  In accordance with the Agreement and Plan of Merger dated April 24, 2021, as amended on April 26, 2022 and October 27, 2022 by and among the Company, Flagstar, and 615 Corp., Flagstar merged with and into the Company and Flagstar Bank, FSB now operates as Flagstar Bank, N.A., with New York Community Bank having merged into Flagstar Bank, N.A.

On a proforma basis, as of September 30, 2022, the Company would have had $88.4 billion of assets, $66.0 billion of loans, deposits of $58.3 billion, and total stockholders’ equity of $9.3 billion. Flagstar Bank, N.A. operates 395 branches across nine states, and operates nationally through its Flagstar Mortgage division. The combined organization will have a diverse revenue and earnings stream; an expansive retail banking network; industry-leading positions in several national lines of business, including multi-family lending, residential mortgage origination and servicing, and warehouse lending; along with a robust commercial banking platform.

Commenting on the completion of the acquisition, President and Chief Executive Officer, Thomas R. Cangemi stated: “We are tremendously pleased and very excited to announce the completion of our merger with Flagstar. The merger creates a company with significant scale and capabilities with a more diversified loan portfolio, an improved funding mix, and a much better interest-rate risk profile. In Flagstar we found a like-minded partner that shares the same values and commitment to our employees, customers, and communities. Our employees will benefit from greater opportunities and resources that a bank with almost $90 billion in assets possesses, customers will benefit by having access to a wider array of products and services driven by enhanced technology, and our communities will benefit, including from our $28 billion pledge agreement. More importantly, the entire organization benefits from having a best-in-class executive leadership team culled from both companies. We couldn’t have picked a better partner as we continue our transition to a full-service commercial bank. I am pleased to welcome Flagstar’s employees and customers to the New York Community family.”

In connection with the closing of the acquisition, NYCB’s Board of Directors appointed six new directors, five of whom are former directors of Flagstar:

Concurrently, in conjunction with the closing of the acquisition, Dominick Ciampa and James O’Donovan have retired from the Boards of Directors of NYCB and New York Community Bank. Mr. Ciampa had been a director since 1995 and previously served as Non-Executive Chairman of the Board until January 2021. Mr. O’Donovan had been a director since 2003. Previously, he served as the Company’s Chief Lending Officer. Additionally, Robert Wann has retired from his Chief Operating Officer position after a four-decade career with the Company, but he will remain a director. With these changes, the Board of Directors will be comprised of 14 members.

“The Company is privileged to add these six directors to its Board,” continued Mr. Cangemi, “Each of them adds unique skills and business expertise to an already diverse Board. I would like to thank both Don and Jim for their long and dedicated service to our Company. I know I speak for the entire Board when I say that their advice and business acumen over the years have proved invaluable to our organization. At the same time, I wish to extend my thanks to Robert for 40 years of distinguished and loyal service to the Company and the Bank. I am delighted that he is staying on as a member of the Board of Directors. His institutional knowledge of the Company will help guide us as we transition to a full-service commercial bank.”

In addition to the new Board members, the Company also formally named its new Executive Leadership team:

Mr. Cangemi continued, “When the merger was first announced, I stated that our executive leadership team would be drawn from the combined Company’s deep talent pool. Today, I am pleased to formally announce our Senior Executive Leadership team, all of whom will report directly to me as President and CEO. The team we have assembled reflects, what I believe to be one of the most effective and dynamic leadership teams within the regional bank industry.”

Both New York Community and Flagstar will continue to operate their retail banking networks separately under their respective brands. Customers at both banks will not experience any immediate changes to their accounts, loan payments, access to account information, use of debit cards, access to ATMs, or access to account information, either on-line or through mobile-banking applications. As we move closer to becoming a top-tier regional bank, we plan to announce a single brand for the combined company along with a multi-channel marketing campaign.

Pursuant to the terms of the Merger Agreement between the two companies, each share of FBC common stock was converted into NYCB common shares at the effective time of the merger. FBC shareholders are receiving cash in lieu of fractional shares as per the Merger Agreement. Based upon a fixed exchange ratio of 4.0151 shares of New York Community Bancorp stock for each share of Flagstar stock held immediately prior to the effective time of the merger, approximately 215 million shares are being issued in the transaction, bringing the number of the Company’s shares outstanding as of the closing date to approximately 681 million.

New York Community Bancorp, Inc. is the parent company of Flagstar Bank, N.A., one of the largest regional banks in the country.  The Company is headquartered in Hicksville, New York with regional headquarters in Troy, Michigan.  Proforma, at September 30, 2022, the Company had $88.4 billion of assets, $66.0 billion of loans, deposits of $58.3 billion, and total stockholders’ equity of $9.3 billion.

Flagstar Bank, N.A. operates 395 branches across nine states, including strong footholds in the Northeast and Midwest and exposure to high growth markets in the Southeast and West Coast.  Through its Flagstar Mortgage division, the Company operates nationally through 81 retail home lending offices and a wholesale network of approximately 3,000 third-party mortgage originators.

New York Community Bancorp, Inc. has market-leading positions in several national businesses, including multi-family lending, mortgage origination and servicing, and warehouse lending.  The Company is the second-largest multi-family portfolio lender in the country and the leading multi-family portfolio lender in the New York City market area, where it specializes in rent-regulated, non-luxury apartment buildings.  Flagstar Mortgage is the 7th largest bank originator of residential mortgages for the 12-months ending September 30, 2022, while we are the industry’s 5th largest sub-servicer of mortgage loans nationwide, servicing 1.4 million accounts with $360 billion in unpaid principal balances.  Additionally, the Company is the 2nd largest mortgage warehouse lender nationally based on total commitments.