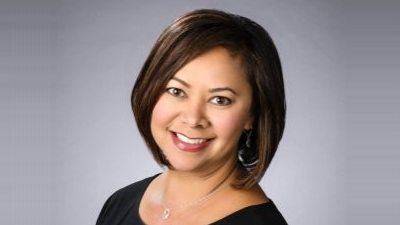 MENLO PARK, Calif. & DALLAS–(BUSINESS WIRE)–ReCode Therapeutics, a genetic medicines company using superior delivery to power the next wave of mRNA and gene correction therapeutics, announced today the appointment of Patricia “Trisha” Millican to the company’s Board of Directors. Ms. Millican brings over 20 years of experience in the life science industry leading strategic finance and playing a key role in generating over $3 billion in capital through public, private and debt financings, mergers and acquisitions and corporate partnerships.

“On behalf of ReCode’s leadership team and Board, I am delighted to welcome Trisha Millican to our Board of Directors,” said Shehnaaz Suliman, M.D., MBA, M.Phil., chief executive officer and a board member of ReCode Therapeutics. “She brings decades of proven strategic financial leadership and extensive biopharmaceutical industry experience to ReCode, an ideal complement to the existing makeup of our Board members. We look forward to working closely with her as we prepare to initiate the clinical development of our lead programs in primary ciliary dyskinesia and cystic fibrosis and execute our vision of powering the next wave of genetic medicines through superior delivery.”

“ReCode is a true pioneer of genetic medicines and delivery, having developed technology that can deliver genetic medicines directly to specific organs and cells impacted by disease,” said Ms. Millican. “I look forward to joining the distinguished members of the Board and ReCode’s talented team to continue to advance this important work so that more people may benefit from the potential of new precision genetic medicines.”

Currently, Ms. Millican is a strategic advisor to various life science companies and serves on the board of directors of Life Science Cares, San Diego. Most recently, Ms. Millican served as the chief financial officer of Metacrine, Inc., where she led finance and investor relations from company formation through an initial public offering. Prior to Metacrine, Ms. Millican served as the senior vice president of finance at Seragon, a private biotechnology company focused on developing selective estrogen receptor degraders (SERDs) targeting hormone-dependent cancers, where she played in key role in the formation of the company and ultimate sale to Genentech.

Previously, she served as vice president of finance at Aragon, a discovery-stage small molecule company focused on therapeutics for the treatment of hormone- resistant cancers, which was acquired by Johnson & Johnson. Prior to Aragon, Ms. Millican worked in various senior financial management roles at Zogenix, a pharmaceutical company developing and commercializing innovative central nervous system therapies where she played a key role in the initial public offering, initial commercial product launch and various debt and equity financings and corporate partnerships. Ms. Millican spent five years with the public accounting firm Deloitte LLP. She holds a bachelor’s degree in Accountancy from the University of San Diego and is a certified public accountant in the state of California.

ReCode Therapeutics is a genetic medicines company using superior delivery to power the next wave of messenger RNA (mRNA) and gene correction therapeutics. ReCode’s selective organ targeting (SORT) lipid nanoparticle (LNP) platform is a next-generation, genetic medicines technology that enables precise delivery to target organs and cells beyond the liver. The SORT LNP platform is the foundation for ReCode’s pipeline of disease-modifying mRNA and gene correction therapeutics. ReCode’s lead programs are focused on primary ciliary dyskinesia and cystic fibrosis. ReCode is leveraging its SORT LNP platform and nucleic acid technologies to expand its pipeline with therapeutics that use mRNA-mediated replacement and gene correction in target organs with precision targeting of disease-relevant cells. For more information, visit www.recodetx.com and follow us on Twitter @ReCodeTx and on LinkedIn.