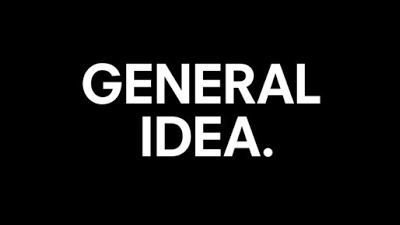 “As we approached our fourth year in business, we wanted to go beyond being a brand design agency and put technology at the core of how we conceive and conceptualize work. We, alongside our clients, have become increasingly interested in the emergent fields of Web3 and future-facing aesthetic experiences,” said Ian Schatzberg, Co-Founder of General Idea. “In order to keep General Idea squarely focused on offering clients a boutique, founder-first approach, we decided to launch and acquire complementary agencies that continue to accelerate our ability to deliver cutting-edge experiences on behalf of our clients.”

Reference NYC’s Co-Founders, Dennis Payongayong and Christopher D’Andrea, have joined the General Idea Group as Principals. Additionally, Reference NYC’s existing clients including LEGO, Levi’s and Byredo, have folded into the General Idea Group umbrella. They join the agency’s roster of premium, design-driven brands including Swarovski, fresh, Louis Vuitton, Snap, Mattel and more. The collective recently released their first integrated campaign: an experimental animation for the Prada Reactive line designed to live in digital and at retail.

“We’ve long been impressed with General Idea’s branding and campaign work that has helped some of the world’s most beloved luxury brands captivate consumers for years,” said Chris D’Andrea, Co-Founder of Reference NYC. “We couldn’t be prouder to join their group and help evolve their organization into a modern studio that places technology at the core of their branding work.”

This acquisition comes on the heels of major growth for General Idea, which includes more than 30 percent YoY revenue growth as the agency doubled its headcount over the last year. The growth has been fueled by brands leaving their big agency partners in search of a more boutique, founder-first approach to marketing. As a result, General Idea has threaded into new industries including hospitality and healthcare. To learn more, visit https://www.generalidea.agency/.

About the General Idea Group

The General Idea Group is a next-generation creative collective that provides premium brands with end-to-end solutions across technology, branding, design, and storytelling. The collective is composed of General Idea, Reference NYC, and SPA (Special Production Agency) and is headquartered in New York City, with offices in the United Kingdom. Co-Founded by industry veterans Ian Schatzberg, Semjon Doneoff and Tanner Graham, the collective is designed to offer brand founders and marketers a one-stop-shop for their branding, technology arts, creative and production needs.