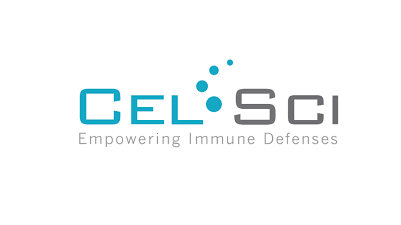 I wanted to write to update you on our progress. Our story is following the well-worn path of all successful biotech companies—we had always hoped our investigational drug Multikine* (Leukocyte Interleukin Injection) would help patients, but now we know that it does. Our 10-year Phase 3 trial showed that Multikine immunotherapy significantly extended the lives of patients with locally advanced primary squamous cell carcinoma of the head and neck (“SCCHN”) – oral cavity/soft palate. This form of cancer is particularly difficult to treat, and there has been no improvement in first-line therapies for those who would get surgery as a first treatment in more than 50 years, despite major efforts, including by large Pharma.

Current drug therapies for SCCHN from Merck and Bristol Myers Squibb (BMS) are approved as a last resort for recurrent tumors after treatments have failed or for patients who are not candidates for surgery. By contrast, Multikine is given to newly-diagnosed patients following initial diagnosis — it’s the first of its kind with substantial survival benefit in a randomized Phase 3 trial in locally advanced primary SCCHN. The Multikine treated study population showed the following advantages over control:

There are approximately 210,000 patients diagnosed globally each year who would be eligible for Multikine treatment following approval, with about 25,000/annually in the U.S. This group reflects patients who are deemed at “lower-risk-of-recurrence” per the Guidelines of the National Comprehensive Cancer Network. Despite the “lower-risk” label, the disease survival rate is only about a 48% chance of living past five years. Multikine increased the survival rate to more than 62% at five years. For patients deemed at “higher-risk-of-recurrence,” Multikine is not suitable because those patients receive chemotherapy following surgery, which we think negates Multikine’s biological mechanism of action. The lower-risk-for-recurrence patients, by contrast, do not receive chemotherapy.

CEL-SCI’s data compares favorably to other already approved SCCHN therapies. Merck’s drug Keytruda was approved for recurrent SCCHN based on a single-arm trial with a 16% tumor response rate—we showed the same response rate in a randomized controlled trial. Keytruda did not show a survival improvement—we showed a 29% survival improvement. BMS’s drug Opdivo was approved based on only a 2.4-month life extension—we showed a median 46-month improvement in life extension. Furthermore, Multikine has a much more favorable toxicity profile than these approved products.

You might ask what is taking so long? For one, our treatment approach is new – no one has done this before successfully in this disease, and our data are unprecedented. Giving a treatment before surgery is called “neoadjuvant,” and this is a completely new approach for treating SCCHN. None of the currently-approved immunotherapies for SCCHN are indicated as a neoadjuvant – to be given first after diagnosis. New discoveries such as ours are exciting and can provide great benefits to patients and shareholders, but they inherently take longer to move forward because they require more discussion and more proof. There is little precedent we can use to leverage our drug forward, and we have to prove safety and efficacy from scratch without standing on the shoulders of those who have come before us. This takes time.

We also do not have the resources of Merck or BMS, and this contributes to the timing as well. Simply put, we have a much smaller team. Nevertheless, I am proud to say that we have assembled an incredible bullpen of experts. We have brought in consultants who used to work at FDA, world-class biostatisticians, and Key Opinion Leaders to help us. Our team is working 24/7 on the approval process for Multikine in this horrible cancer.

My personal belief in the success of Multikine is evidenced by the fact that I have not personally sold a single share of CEL-SCI in the past 20-plus years. In fact, I have repeatedly invested more. There is a very great need for the benefits that Multikine has shown it can provide. We are dealing with a devastating cancer. Tongues are removed at surgery, people’s faces are disfigured, affecting speech, eating, breathing, and so much more. For decades, despite much effort, every study in locally advanced primary SCCHN has failed to show any survival benefit—until this pivotal study for Multikine. In our study, which is the largest and longest SCCHN study ever, Multikine added significant overall survival advantages to patients who received only radiotherapy but not to those who had chemotherapy added to the treatment. And Multikine did not appear to add any safety issues over and above those of the normal standard of care. A highly effective cancer drug that does not appear to add toxicity is truly unprecedented.

Our detractors say that our clinical trial results are spurious, but these folks just don’t understand. The lower-risk analysis was pre-specified in our protocol before the study even began, so we did not cherry-pick the data. The survival benefit was driven by tumor shrinkages and tumor disappearances, which were seen with greater than 99.9999% certainty. And the reduction in death rate from having a smaller tumor following Multikine and before surgery was shown with greater than 99.99% certainty. You can’t argue with the numbers—these benefits are real and they are the direct result of Multikine.

I believe that this product needs to be made available to patients because it can save lives. That is what we are working towards and for you as a shareholder, whether you hold for profit or personal reasons, or as many do, for both, that is what matters. We all have seen the ravages of cancer and we need to do better. We will do all we can to bring Multikine to those patients who would get the large survival advantage that we saw in the Phase 3 trial.

Thank you for your continued support.