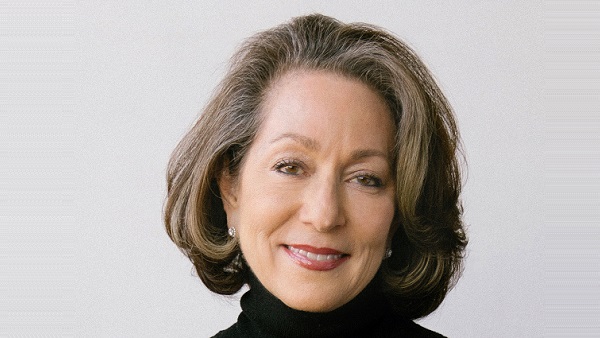 BOSTON–(BUSINESS WIRE)–Susan Goldberg, a media executive and leader of technological and cultural transformation, will be the next President and CEO of GBH. She is the first woman to hold this role since GBH was founded in 1951.

From 2014 to 2022, Goldberg was editor-in-chief at National Geographic, taking on the additional role of editorial director in 2015. At National Geographic – where she was the first woman in the top editorial role – she and her team reinvented the newsroom and its editorial strategy, helping take the venerable publication from reverence to relevance by diversifying its staff, expanding its coverage, and executing a multi-platform transformation that has made National Geographic one of the strongest educational brands across social and digital platforms while continuing its legacy publications.

Goldberg led the editorial effort to transform the brand from a print-centric magazine to a digital storytelling powerhouse with more than 15 million readers a month on its website and more than 350 million followers on social media.

During her tenure, National Geographic was honored with 11 national magazine awards, was the finalist for the Pulitzer Prize three times, was twice named “Webby Media Company of the Year,” and won hundreds of other awards for its stories, photos, podcasts, illustrations, and graphics across platforms.

Goldberg most recently served as a Vice Dean and professor of practice at Arizona State University, with a joint appointment to the Walter Cronkite School of Journalism and Mass Communication and the College of Global Futures.

“At a time when the media industry is changing at a rapid pace, Susan is a direct, focused, empathetic, and visionary leader who has the operational and editorial savvy to understand what resonates with our audiences, along with deep experience in executing a multi-platform transformation,” said Ann Fudge, chair of the GBH Board of Trustees and head of the search committee. “She shares the core values of our organization – passionate about trusted journalism and its role in a free society, committed to building a diverse, people-driven organization, and an understanding of GBH’s role in the community. We are thrilled to welcome Susan to GBH.”

“GBH is a trusted local and national media leader, steeped in excellence, with a proud history of investigative journalism, groundbreaking innovation, and care for its community,” Goldberg said. “I have spent my life telling stories that make a difference. As a journalist who is committed to helping and reflecting the communities we serve, I’m honored to be a part of GBH’s next chapter.”

Under her tenure, National Geographic became more inclusive and transparent. Today, more than half of NatGeo’s stories are written by women, 30 percent of writers across the platform are people of color (up from three percent in 2015), and in 2021, five of the 12 magazine covers were photographed or illustrated by people of color.

“Susan is a committed advocate for diversity, equity, and inclusion, both in terms of the work and those doing the work, and is a strong believer in the power of storytelling in education. Journalism and education are the keys to our future,” said Lee Pelton, president and CEO of The Boston Foundation, member of the GBH Board of Trustees, and search committee member. “She’s charismatic and energetic and is committed to being a community leader.”

Goldberg has been honored repeatedly for her leadership, including becoming the “leadership honoree” for her work in uplifting women by the International Women’s Media Foundation in 2020. She was named to the Top Women in Media list by Folio in 2020, was No. 7 on the “Badass50” list by InStyle magazine in 2020, was on Washington’s “most powerful” women list in Washingtonian Magazine in 2017, 2019 and 2021, and was honored with the “Exceptional Woman in Publishing” Award in 2015. She is a six-time juror for the esteemed Pulitzer Prize, a board member of the Reporters Committee for Freedom of the Press, and President of the Board of the National Museum of Women in the Arts.

Goldberg began her career as a reporter at the Seattle Post-Intelligencer. She has been the “first woman” in a number of roles, including her work in the Washington, D.C. Bureau for Bloomberg News, where she was an executive editor; as editor of the Cleveland Plain Dealer; and as managing editor and executive editor of the San Jose Mercury News. She also worked as deputy managing editor at USA Today; and as a reporter and editor at the Detroit Free Press. She has a B.A. in journalism from Michigan State University.

Goldberg is married to Geoffrey Etnire, a real estate lawyer. They have one grown son. She will move to Boston later this year.

GBH is the leading multiplatform creator for public media in America. As the largest producer of content for PBS and partner to NPR and PRX, GBH delivers compelling experiences, stories and information to audiences wherever they are. GBH produces digital and broadcast programming that engages, illuminates and inspires, through drama and science, history, arts, culture and journalism. It is the creator of such signature programs as MASTERPIECE, ANTIQUES ROADSHOW, FRONTLINE, NOVA, AMERICAN EXPERIENCE, ARTHUR, PINKALICIOUS and MOLLY OF DENALI and a catalog of streaming series, podcasts and on-demand video. GBH’s television channels include GBH 2, GBH 44, GBH Kids and national services WORLD and Create. With studios and a newsroom headquartered in Boston, GBH reaches across New England with GBH 89.7, Boston’s Local NPR; CRB Classical 99.5; and CAI, the Cape and Islands NPR station. Dedicated to making media accessible to and inclusive of our diverse culture, GBH is a pioneer in delivering media to those who are deaf, hard of hearing, blind and visually impaired. GBH creates curriculum-based digital content for educators nationwide with PBS LearningMedia and has been recognized with hundreds of the nation’s premier broadcast, digital and journalism awards. Find more information at gbh.org