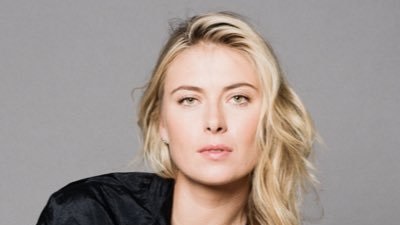 Former Russian tennis star Maria Sharapova, who was in 2005 ranked the world’s No. 1 woman player, has joined a $17.8 million funding round for Clio Snacks, a Piscataway, N.J.-based firm founded by a Ukrainian immigrant.

Sharapova, who lives in Bradenton, Fla., since her retirement from the game in 2020, last year bought an undisclosed equity stake in Public.com, which lets users buy and sell stocks and cryptocurrencies online. She has invested in three other U.S. startups — Dallas-based wellness firm Therabody, Miami cryptocurrency platform MoonPay and San Francisco home-gym maker Tonal.

Clio Snacks was founded by Ukrainian native Sergey Konchakovskiy in 2015, and has made generous contributions to the country since its invasion by Russia in March. Led by CEO John McGuckin, Clio makes refrigerated Greek yogurt bars high in protein content and probiotics. So far, it has raised $35.9 million from investors, including $8 million in 2020. Along with the funding, Clio filled two key positions — John Thompson as chief financial officer and Rafael Rodas as chief operating officer — and said it expects to attain profitability next year.

Konchakovskiy, a native of Kyiv, started Clio in 2015 after being inspired by “leftover strained yogurt wrapped in a cheesecloth in his fridge,” according to Forbes. Clio has since developed a line of refrigerated yogurt bars sold in multiple flavors, including peanut butter, strawberry and honey. Clio claims a unique “cheesecake texture” in its bars and distributes its products nationwide.

Clio’s donations to Ukraine are steered via Razom for Ukraine, a 501(c)(3) non-profit started in 2014 that primarily delivers medical and hospital supplies. The company has given over $20,000 so far, and has ongoing donation programs from sales.

Goldin has been named to Fortune Magazine’s “40 Under 40” list and Forbes’ Most Influential “Kingmakers & Catalysts” in the consumer-retail industry. He received an M.B.A. with distinction from Harvard Business School, and a BA with honors from Wesleyan University.

Steinberg, who started his career at Bear Stearns, was listed in Fortune magazine’s “40 Under 40” list. He received an M.B.A. from Columbia Business School and a B.A. in History from Brown University.

So far, ACG has raised $650 million from three funds. Its portfolio investments this year include The Honest Kitchen and Skims. In 2015, ACG was named the top consumer-focused growth equity firm in America by GrowthCap.

AF Ventures, another Clio investor, was previously known as AccelFoods. It is led by president and managing partner Jordan Gaspar. It invests notably in companies that promote healthy living. It has so far raised $108.2 million from four funds. AF has made 125 portfolio investments, and exited five.