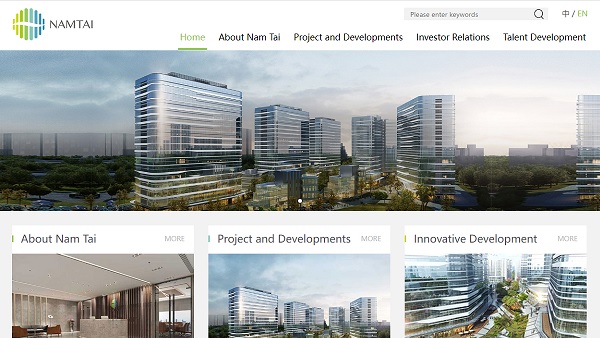 Additional information pertaining to the developments announced today and other corporate matters will be found on the Form 6-K that Nam Tai will file with the SEC.

Nam Tai Property Inc., a Company incorporated in the British Virgin Islands (the “BVI”) and governed by BVI law, owns certain subsidiaries, which own and operate commercial real estate projects across China. Those subsidiaries currently maintain two industrial complex projects, with one in Guangming, Shenzhen and one in Bao’an, Shenzhen. Learn more about the Company, and the portfolio of properties held by certain of its subsidiaries by emailing our investor relations team or visiting Weibo: https://weibo.com/u/7755634761.