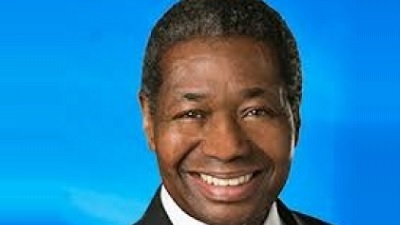 The Federal Home Loan Bank of New York announced today that Larry E. Thompson has been re-elected by its Board of Directors to serve as the Board’s vice chairman for a two-year term commencing January 1, 2023.  Mr. Thompson, who is the former vice chair of The Depository Trust & Clearing Corporation, has served on the FHLBNY’s Board as an Independent Director since January 1, 2014.

“The FHLBNY is a trusted partner to our region’s financial institutions and the communities we serve, and plays a pivotal role in the health of the local economy,” said Mr. Thompson. “Over my tenure on the Board, I have seen firsthand the positive impact the FHLBNY, and the Federal Home Loan Bank System, has made for so many.  I am honored to continue to serve as the Board’s vice chair, and I look forward to continuing to work with my fellow Directors and the FHLBNY team to ensure our cooperative remains strong.”

“During his tenure on the Board, Larry’s significant contributions have helped build and strengthen our franchise, and we are grateful to have him continue in his role as vice chair,” said José R. González, president and CEO of the FHLBNY.  “At the FHLBNY, we benefit from the experiences of and insights from an active and engaged Board comprised of dedicated and talented Directors.”

Mr. Thompson is the former vice chair of The Depository Trust & Clearing Corporation (“DTCC”) and chair of the board of DTCC Deriv/SERV LLC.  As vice chair, Mr. Thompson led DTCC’s public policy engagement with key regulators and lawmakers globally and served as a senior advisor to the firm.  He was also a member of the DTCC Management Committee.  Mr. Thompson began his legal career with The Depository Trust Company (“DTC”) as associate counsel in 1981.  He was elected vice president and deputy general counsel in 1991, senior vice president in 1993, general counsel of DTC in 1999, managing director and first deputy general counsel of DTCC in 2004, and to general counsel in 2005. Previously, he was a partner in Lake, Bogan, Lenoir, Jones & Thompson.  Mr. Thompson began his legal career at Davis Polk & Wardwell.  He is a 2005 David Rockefeller Fellow and also former chair of the Securities Clearing Group and former co-chair of the Unified Clearing Group.