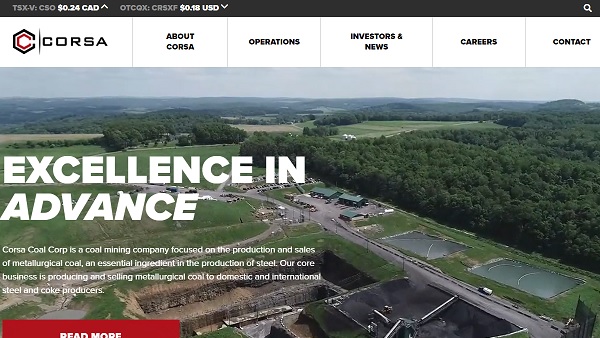 Corsa Coal Corp. (TSXV: CSO) (OTCQX: CRSXF), a premium quality metallurgical coal producer, today announced that, effective today, Ronald G. Stovash has been named Chair of the Board of Directors of the Company. Mr. Stovash succeeds Robert (Bo) Sturdivant, who is retiring as a director of the Company effective December 31, 2022.

“Bo has served as a director and Chair since 2017 and the Board wishes to thank him for his valuable contributions to Corsa. I look forward to my new role as Chair and to working with management with a view to improving both our near-term operations and long-term results,” said Mr. Stovash.

The Board does not expect that a successor for Mr. Sturdivant will be appointed prior to the next annual general meeting of shareholders of Corsa.