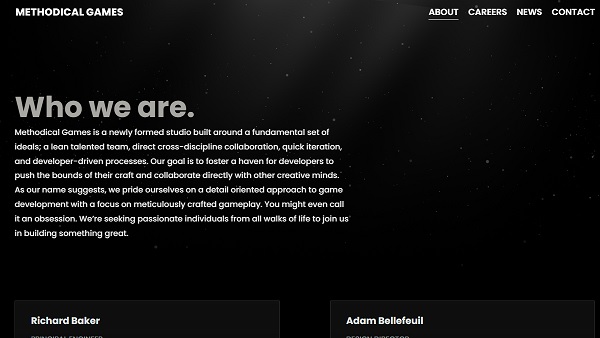 The round was led by Lightspeed Venture Partners with participation from Bitkraft Ventures, 1Up Ventures, Transcend Fund, Jason West, and other angels.

The company intends to use the funds to expand its development efforts to launch its first title to the market.

Led by Frank Gigliotti, Dave Ratti and Adam Bellefeuil, Methodical Games is a newly formed studio which is advancing a multiplayer action-adventure game. It will deliver an inclusive and exploratory game experience, set in a vast living world with gateways to lands of mystery. The team is in the early stages of pre-production with a number of open roles available to continue the development efforts.