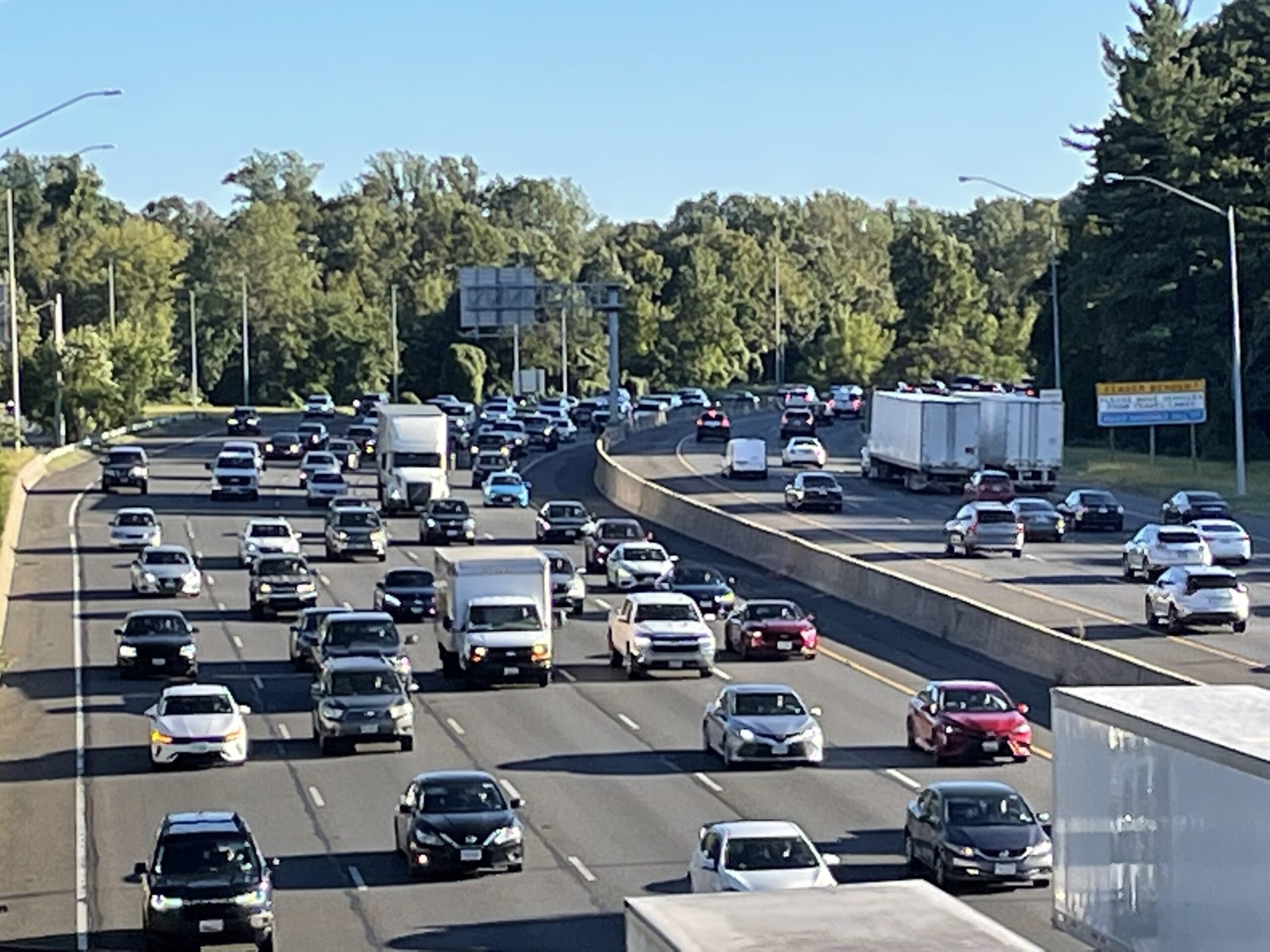 Traffic on the Capitol Beltway near River Road in September. Photo by Bruce DePuyt.

The Maryland Department of Transportation will not seek approval of a multibillion-dollar contract to build toll lanes on Interstates 270 and 495 until after Gov. Larry Hogan (R) has left office, the agency announced on Thursday.

The decision is a significant blow to the long-planned project, one of Hogan’s top transportation priorities, as its fate will soon rest with three Democrats, Gov.-elect Wes Moore, Treasurer Dereck Davis and Comptroller-elect Brooke Lierman.

Moore and Lierman will assume positions on the contract-approving Board of Public Works (BPW) when they are sworn in, in mid-January. They will replace the term-limited Hogan and Comptroller Peter Franchot (D), whose bid for governor fell short. Franchot has voted to advance the project in the past after winning key concessions. (Davis is expected to remain on the board, though he must win re-appointment as treasurer by the legislature.)

In a news release, Transportation Secretary James Ports said the agency has decided to grant its contractor, Accelerate Maryland Partners, more time to complete planning, design, and financing. The extension was necessitated by what he called the federal government’s “10-month delay” in approving the toll lanes plan.