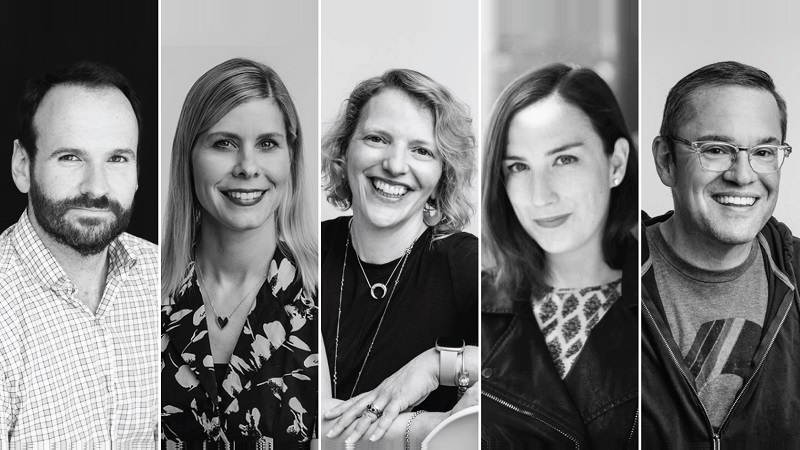 BOSTON–(BUSINESS WIRE)–Inkhouse, a strategic communications firm, today announced the promotions of five senior team members who will help lead and shape the future of the agency and its service offerings. These promotions follow a record year of growth, including a more than 10 percent increase in annual client billings and more than 50 new hires added to its employee community of 151 people who work from seven major cities across 16 states.

The newly promoted senior leaders, on average, have worked at Inkhouse for at least nine years which illustrates the firm’s strong employee retention rate and commitment to workplace culture.

“There is one currency that is stable in any economy: reputation. We’ve spent the past 15 years building our reputation as the go-to strategic communications firm for the world’s most innovative changemakers and that focus has helped us continue our record growth in a tough market,” said Jason Morris, president of Inkhouse. “Dan, Ed, Anne, Sam and Lisa have played a major role in that growth, helping us deliver new services, grow our practice groups, and attract and retain the top integrated communications talent in the industry.”

Inkhouse is a strategic communications firm for innovative thinkers, creators and leaders who believe in the power of stories to effect positive change. We’re a culture and values-driven company that believes what’s good for our people is good for business and our clients, highlighted by PR industry-leading benefits like 20 weeks of paid family leave, pregnancy loss paid leave and every other Friday off for all members of our team. Founded in 2007, Inkhouse has grown organically to an agency of 151 people in seven major cities with hybrid and fully remote employees across 16 states. Learn more at: www.inkhouse.com.