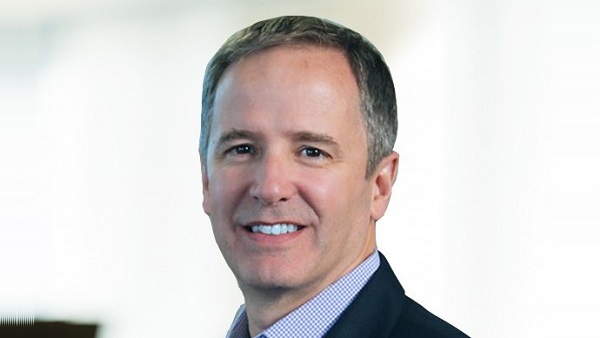 SOMERVILLE, Mass.–(BUSINESS WIRE)–Laronde, the company pioneering Endless RNA™ (eRNA) – a novel, engineered form of RNA that can be programmed to express proteins inside the body for breakthrough treatments – today announced Pablo J. Cagnoni, M.D. as its Chief Executive Officer. Dr. Cagnoni, a Laronde board member since November 2021, succeeds John Mendlein, Flagship Pioneering Executive Partner and Laronde’s Chairman, who had been serving as the company’s interim CEO since August. Dr. Cagnoni stepped down as President and CEO of Rubius Therapeutics and became an Executive Partner at Flagship Pioneering.

“Pablo’s deep experience in all stages of drug development, company building, and capital formation in both private and public markets, along with his expertise in building platform companies make him well positioned to lead Laronde through this important next chapter,” said John Mendlein, Chairman of Laronde and Executive Partner, Flagship Pioneering. “I look forward to continuing to work with Pablo to help Laronde advance a new class of medicines that will ultimately drive extraordinary health outcomes for patients.”

“Laronde is an exceptional company built on a truly unique platform with the potential to change the way we approach medicine,” said Pablo J. Cagnoni, MD, Chief Executive Officer, Laronde and Executive Partner, Flagship Pioneering. “I am energized by Laronde’s team and the momentum they have created, and look forward to leading the company, as well as working closely with my colleagues at Flagship, to demonstrate the promise of programmable medicines through eRNA.”

Pablo J. Cagnoni is an oncologist and pharmaceutical executive who has been committed to advancing the development of breakthrough treatments for people with cancer and other diseases throughout his career. He has played a key role in the development, approval, and commercialization of more than 20 life-changing treatments, including Afinitor®, Kyprolis® and Tarceva®.

Prior to Tizona, he served as President of Onyx Pharmaceuticals (acquired by Amgen), where he had global strategic oversight and accountability of the business from early product development to commercialization of the Onyx portfolio. Dr. Cagnoni joined Onyx in March 2013, as Executive Vice President, Global Research and Development and Technical Operations, and was named President in October 2013, when Onyx became an Amgen subsidiary. Previously, he was Senior Vice President and Global Head of Clinical Development at Novartis Oncology. From 2007 to 2009, Dr. Cagnoni was Senior Vice President and Chief Medical Officer at Allos Therapeutics (acquired by Spectrum Pharmaceuticals) and, prior to that, Chief Medical Officer of OSI Pharmaceuticals (acquired by Astellas).

Earlier in his career, he served as Assistant Professor of Medicine, University of Colorado Bone Marrow Transplant Program, where he cared for patients undergoing stem cell transplants. Dr. Cagnoni earned his medical degree from University of Buenos Aires School of Medicine, and completed his fellowship in Hematology and Oncology at the Mount Sinai Medical Center, New York and a fellowship in Stem Cell Transplantation at the University of Colorado Health Sciences Center.

Ribonucleic Acids, or RNAs, play a significant role in biology. Among their functions, they provide the “code” that instructs cells to produce or regulate proteins, the building blocks of life and important regulators of disease processes. Because RNAs provide coded instructions to cells, they can be programmed to produce specific effects. This approach has been validated by the successful development of several important RNA-based medicines, but RNA’s potential as a drug development modality has just begun. Endless RNA™, or eRNA, was invented at Flagship Labs and is a new class of synthetic, closed-loop RNA. Because eRNA has no free ends, it is not recognized by the immune system and is very stable, enabling a long duration of protein expression. In addition, eRNA can serve protein-coding and non-protein-coding functions, and its protein translation capabilities are completely modular — switching an eRNA “protein sequence cassette” enables the expression of a different protein or multiple proteins that can be tuned as needed on an application-by-application basis.

Laronde is pioneering a platform that offers a completely novel way of modulating human biology. Endless RNA™ (eRNA), invented at Flagship Labs, is a uniquely engineered RNA that can be programmed to express diverse proteins inside the body. It is persistent, non-immunogenic, allows for repeat dosing, and offers flexibility in formulation and delivery. Laronde was founded in 2017 by Flagship Labs, the innovation foundry of Flagship Pioneering. The company is rapidly scaling to support the parallel development of multiple programs across many disease areas. To learn more, please visit the company’s website at https://www.laronde.bio/ or Twitter and LinkedIn.