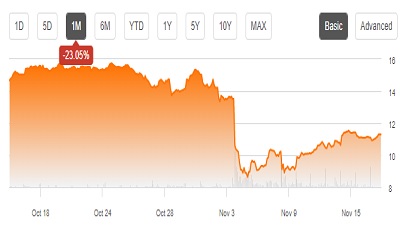 Gray Television (NYSE:NYSE:GTN) is the nation’s largest owner of top-rated local television stations in the United States, which operates in 113 television markets representing about 36% of the total US television households.

Also, the company focuses on developing a talented local team to provide strong local news and information programming, which helps the company to sustain its leading position in the local markets, and as a result of its growing strength, the company is expected to produce more than $500 million from political advertising revenue till the end of the year.