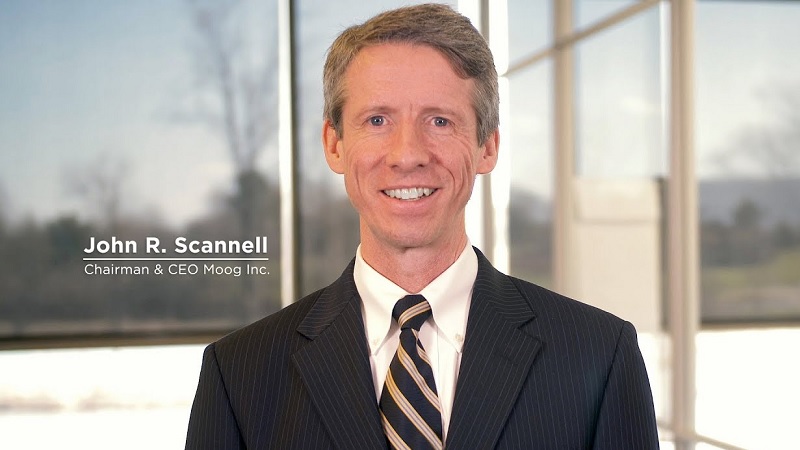 EAST AURORA, N.Y.–(BUSINESS WIRE)–Moog Inc. (NYSE: MOG.A and MOG.B) announced today that John Scannell, Chairman and Chief Executive Officer, has announced his intention to retire as CEO effective February 1, 2023. He will continue to serve on Moog’s Board of Directors as Non-Executive Chairman.

Mr. Scannell began his career with Moog in 1990. Prior to serving as Chief Executive Officer, Mr. Scannell held various roles in the company including Chief Operating Officer and Chief Financial Officer.

“On behalf of the entire Moog Board, I would like to thank John for his leadership and commitment to the company,” said Kraig Kayser, long-time Moog Board member. “John has continued the long legacy of driving innovation at Moog, and we are pleased that he will continue to serve as Chairman of the Board.”

Moog’s Board of Directors has appointed Patrick J. Roche to succeed Mr. Scannell as Chief Executive Officer effective February 1, 2023. Mr. Roche is currently Executive Vice President and Chief Operating Officer, a role he assumed in December 2021. Prior to that, Mr. Roche served as President of Moog’s Industrial Systems segment since 2015. He has held various engineering and management positions of increasing responsibility since first joining Moog in 2000.

“It’s been a great privilege to lead this company over the past eleven years. It’s been very rewarding to work alongside talented and dedicated individuals who are committed to Moog’s values and success,” said John Scannell. “Pat is well-positioned as our company’s next Chief Executive Officer. I look forward to Moog’s continued success under Pat’s leadership.”