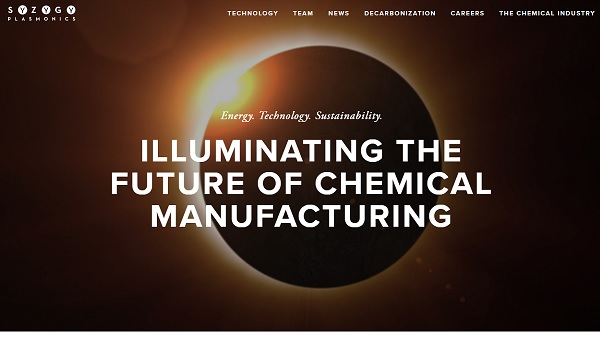 The company intends to use the funds to accelerate development and delivery of all-electric reactor systems that eliminate fossil-based combustion from chemical manufacturing and reduce the carbon intensity of hydrogen, methanol, and fuel.

Led by CEO Trevor Best, Syzygy Plasmonics is a decarbonization company, which builds reactors that use light instead of heat to electrify chemical manufacturing. Utilizing technology licensed from Rice University and novel engineering, the company is commercializing a universal photocatalytic reactor platform which, when powered with renewable electricity, reduces both cost and emissions from many different chemical reactions.

The company employs more than eighty people and anticipates doubling its workforce over the next year as it expands its commercial offerings.