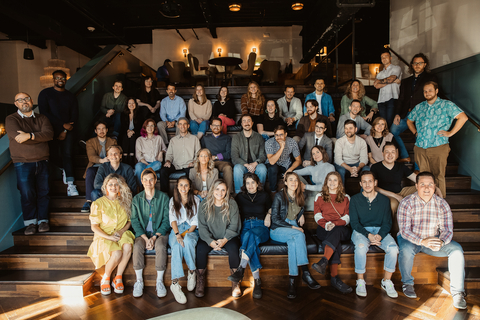 CINCINNATI–(BUSINESS WIRE)–Epipheo, an employee-owned video studio with roots in Cincinnati, now with employees throughout the United States and abroad, was recently awarded the development & production management contract for a full-length animated feature film set to hit theaters in 2025.

To make the most of the film’s $20 Million budget, Epipheo is assembling an over 50-person team to handle development and pre-production. The movie will be a creative retelling of the life of Jesus.

The film is being funded and released by the Salvation Poem Project (SP). In addition to a theatrical release in 2025 the film will be translated into 50+ languages and distributed through a network of nonprofits and streaming platforms to maximize its reach to hundreds of millions of viewers.

Brennan McPherson, an accomplished writer and creative producer, is the President of SP and the writer of the screenplay. SP chose John J. Schafer, the former series Producer and Global Brand Manager for Superbook at CBN, to direct the film.

Sam V. Handelsman, Epipheo’s Director of Business Development, who worked on the deal with SP, is excited about the new opportunities this division will create.

“Much like how the explainer video changed the way marketers thought about video back in 2009,” Sam says, “I believe with the access to streaming platforms and the interconnectedness that the digital landscape provides us, more and more organizations like SP have a unique opportunity to produce films that educate, inspire, and promote the mission and values of their organizations. We want to help bring those messages to life.”

Founded in 2009, Epipheo spent the last 13 years honing its craft in the animation industry, creating thousands of short, animated videos for its clients across the globe.

All of those years paid off when SP, a long-term client of Epipheo, engaged Epipheo in a look development sprint for a smaller section of the film. After seeing the work and collaborating within Epipheo’s creative process, SP was confident Epipheo could handle a greater portion of the film’s development. After about six months of working together on these smaller projects, SP decided to award Epipheo with the full contract.

This is the first contract for work of this magnitude for Epipheo, but that doesn’t bother Daniel Armstrong.

“My whole career has trained me for this opportunity. I’ve built a story-obsessed animation team capable of producing hundreds of minutes of animation per year and developed processes for working with clients like SP. So, even though I know this will be very challenging, I feel prepared to pull this off. We’re thrilled to tell this story in a new way.”