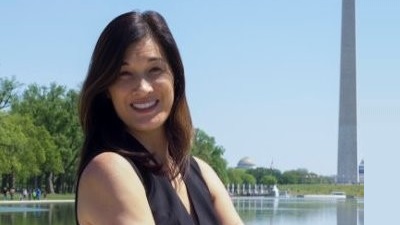 The Certified Financial Planner Board of Standards, Inc. (CFP Board) today announced that its Board of Directors elected three new members: Marguerita (Rita) Cheng, CFP®, Richard Shaw, CFP® and Steve Wallman. The Board of Directors is the policymaking and oversight body of CFP Board and acts on behalf of the public, CFP® professionals and other stakeholders.

“We are excited to have these three talented and accomplished individuals join the Board of Directors,” said CFP Board chair-elect Dan Moisand, CFP®. “Rita, Richard and Steve bring diverse perspectives and insights to the Board, and I look forward to working with them to benefit the public and uphold CFP® certification as the recognized standard of excellence for competent and ethical financial planning.”

In 2022, the Board’s Nominating Committee conducted a detailed gap analysis that resulted in the identification of three recruitment priorities to ensure that the Board has the diversity of experience, viewpoints and representation necessary for good governance in 2023:

In addition to these criteria, the Committee also considered candidates who would increase the diversity of the Board. This marks the second year that such a comprehensive analysis was conducted and then communicated to potential candidates. Using the descriptive profile as a guide, the Board elected the following new members:

On December 31, 2022, the terms of current Board chair Kamila Elliott, CFP®, Ron Green, CFP®, Latha Ramchand, Ph.D., CFA® and Natalie Wolfsen will expire. On January 1, Dan Moisand, CFP® will take the helm as Board chair, and Matthew Boersen, CFP® will become Board chair-elect.

“We would like to give our heartfelt thanks to Kamila, Ron, Latha and Natalie for serving on the Board of Directors,” said Moisand. “They have certainly made an impact, and we appreciate their leadership and dedication while working on behalf of CFP Board and CFP® professionals.”

The new Board members’ three-year terms begin January 1, 2023, and end on December 31, 2025. This year’s class will be the second Board class eligible to be re-elected by the Board for a second three-year term. With the three new members elected this month, the Board in 2023 will comprise 15 voting members (10 CFP® professionals and 5 non-CFP® professionals — (3 of whom are public members). CFP Board CEO Kevin R. Keller, CAE will continue as a nonvoting member, bringing the total number of Board members to 16.