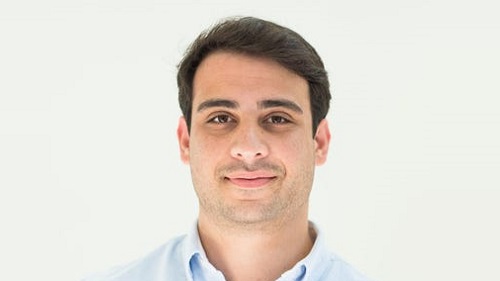 Contraline is testing an injectable hydrogel, dubbed Adam, in Australia. The non-hormonal and non-permanent implant targets a part of the male anatomy called vas deferens, which transports mature sperm to the urethra, enabling ejaculation and pregnancy. Adam is designed to block that sperm flow for a predefined period of time.

“We have completed preclinical R&D and manufacturing of the Adam system to be used in humans, and we now have the financing, ethics approval, and team in place to transition Adam into clinical trials,” Contraline cofounder and CEO Kevin Eisenfrats said last year after a previous funding round. “This trial will launch the next generation of non-hormonal male contraceptives, increasing choice for men and achieving public health impact.”

In the ongoing trials, four men have been implanted with Adam at Melbourne’s Epworth Freemasons Hospital, using a minimally invasive procedure in an outpatient setting under local anesthesia. The trials are led by principal investigator Nathan Lawrentschuk, professor of urology at Royal Melbourne Hospital and Epworth Hospital, and co-investigator Paul Anderson. A larger trial is planned in the United States later.

In 2017, Eisenfrats was named in Forbes’ “30 Under 30” in healthcare. He holds 36 patents for varied work in novel contraceptive drugs and devices, biomaterials, drug delivery, and surgical devices. Bulk of his research has been in immunotherapy, reproductive biology and in vitro fertilization. He has a degree in Nanomedicine Engineering and Chemistry from the University of Virginia.

Virginia Catalyst, which handed out grants to Contraline, is a not-for-profit corporation created by the Virginia General Assembly and funded by the Commonwealth’s General Fund and seven Virginia public research universities. Michael Grisham, founder of GPB Scientific, serves as its president and CEO. He has over two decades’ experience in biosciences, and has founded and led Celective DX (acquired by On-Q-ity); Verinata Health (acquired by Illumina), and Paradigm Health Corporation (acquired by Alere).

New York-headquartered MBX has over $75 million in assets under management. It has made 39 portfolio investments and completed two exits. Its cofounder, Gurdane Bhutani, believes Adam “has the potential to be a first-of-its-kind product that revolutionizes how we think about contraception.”

GV, known initially as Google Ventures, was established in 2009. Google’s parent company, Alphabet, is its sole limited partner. Cathy Friedman, an industry veteran with nearly 40 years’ experience, serves as its executive venture partner. She established Morgan Stanley’s biotech practice on the West Coast and has over a decade’s experience of serving on the boards of life sciences startups. Friedman oversees GV’s investments in life sciences and healthcare firms.