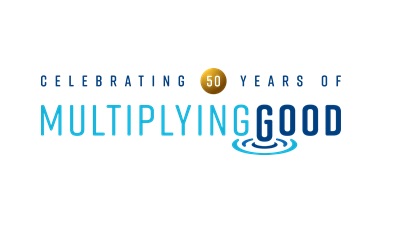 NEW YORK, NY, Nov. 14, 2022 (GLOBE NEWSWIRE) –Multiplying Good, the nation’s leading nonprofit focused on fueling personal growth and leadership through public service, announced that four new members were appointed to its Board of Selectors. The Board of Selectors, one of the most prestigious bodies of its kind, has leveraged members’ diversity of experience, breadth of influence and commitment to excellence in their work to nominate and vote for national Jefferson Award recipients each year.

SHERMAN BROWN, WINDERMERE, FL Sherman Brown is the founder and chairman of TRPL DBL Capital LLC, a private investment company, with a focus on sports/entertainment, fin tech, global consumer goods and hospitality brands, media and health care. Sherman serves on the board of directors of Faith Financial Group, Lion Global Capital, Serendipity Capital Management. Sherman also serves on the Board of Governors of the Naismith Basketball Hall of Fame. A philanthropist and humanitarian, he is passionate about servant leadership development programs, alternative primary education for at risk children, youth sports, public service and food insecurity in the U.S. and around the world.

TONY DANZA, NEW YORK, NY Born and raised in Brooklyn, New York, Tony is perhaps best known for his starring roles on some of television’s most cherished and long-running series, including Taxi (1978–1983) and Who’s the Boss (1984–1992), Tony Danza has been one of America’s most iconic and beloved performers for over forty years. He is also extremely active in a number of NYC based charities and community programs. His past involvement included The NYC All Stars Program and as a board member of NYC P.A.L.  Tony currently serves as the Cofounder and Visionary of his new youth developmental Theatre organization, The Stars Of Tomorrow Project Inc. that gives the youth of New York City the opportunity to discover the world, and the tools to navigate it. Using the art of acting to help students develop, while mentoring and nurturing them in safe spaces. The organization provides young people places to express themselves, while developing into productive world citizens and tomorrow’s leaders. Which also includes the Cops and Kids Chorus His motto being “When you teach a kid how to Act, you teach a kid how to act.”

HERBERT L. DRAYTON, III, NORTH CHARLESTON, SC Herbert Drayton is the managing partner of HI Mark Capital. Based in North Charleston, HI Mark Capital invests in Black-owned, women-owned and other minority-owned businesses in the Southeast, seeking both a financial return as well as a social impact. He has enjoyed 20 years of experience establishing, buying, and managing businesses in a variety of industries including healthcare, IT, SaaS, and corporate training. Herbert served honorably in the US Air Force and the US Marine Corps Reserves. As a Charleston native, Herbert is passionate about community service and civic leadership in this region. He is the Chair of the Board of Directors for Coastal Community Foundation, the largest community foundation in South Carolina serving all nine counties on the coast. He has served on the board since 2016 and has served as a member of the Investment Committee and Chair of the Grantmaking & Community Leadership Committee. Herbert also serves on the Board of Directors of the Charleston Metro Chamber of Commerce, Roper St Francis Hospital Foundation, Palmetto Goodwill, St. Francis Hospital, and the Association of Black Foundation Executives. He is an Advisory Board member for the School of Business at Charleston Southern University and Past Chair of the Board of One80 Place. Herbert is also a Palmetto Venture Fellow.

CHARLIE KIMBALL, INDIANAPOLIS, IN A 2012 Jefferson Award recipient who is committed to public service, Charlie Kimball is the first licensed driver with diabetes to win a race in the NTT IndyCar Series. Kimball, who began racing go-karts at age 9, was accepted into Stanford University and chose to bypass admission to follow his dream to become a race car driver. In 2007, Kimball was diagnosed with type 1 diabetes and was forced to abandon his racing program mid-season. After his surprising diagnosis, Kimball returned to the cockpit in 2008 and claimed a podium finish in his first race back in the car. Today, Kimball continues to compete in one of the most competitive racing categories in the world, proving that living with diabetes does not have to restrict him from traveling at speeds of more than 200 miles an hour and fulfilling his dream.

MATT MEYER, NEW CASTLE, DE In 2016, Matt Meyer was a sixth and seventh grade Math teacher when he first ran for public office, defeating a heavily favored three-term incumbent in a grassroots campaign to serve as the Chief Executive of Delaware’s largest county.  When COVID-19 threatened the health and safety of Delawareans, Meyer led the county government in taking unprecedented and innovative actions to keep residents safe from the virus, to protect the most vulnerable in our community and to plant the seeds for a strong and fast economic recovery. Meyer led efforts that resulted in Delaware being the first state in the country to offer open, free COVID-19 saliva tests. His innovative efforts to monitor wastewater to measure COVID-19 prevalence have been featured by CNN and by Rachel Maddow on MSNBC.  Matt Meyer is also a Multiplying Good 2003 Jefferson Award recipient.

To learn more about Multiplying Good and the Jefferson Awards, please visit: http://www.multiplyinggood.org

Multiplying Good is a national nonprofit that believes in the power of service to others to unleash potential, inspire individuals, and transform lives. Multiplying Good fuels personal growth and leadership development through a continuum that starts with engagement and culminates in recognition. It has offices in 11 communities across the country, delivering on-the-ground impact where it is needed most. Founded in 1972 by Sam Beard, Jacqueline Kennedy Onassis, and Senator Robert Taft, Jr., the organization has recognized the   extraordinary public service of thousands with its Jefferson Award. To learn more, visit MultiplyingGood.org or follow Multiplying Good on Facebook.