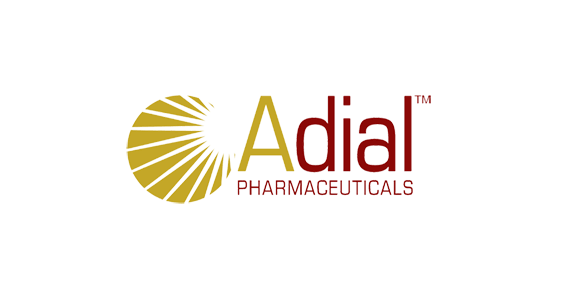 Cary Claiborne, President and Chief Executive Officer of Adial, stated, “We are in the process of finalizing our regulatory strategy and are working aggressively to prepare submission of our ONWARD™ trial results to the appropriate regulatory authorities. Based on the encouraging Phase 3 data and positive feedback from both key opinion leaders, as well as our regulatory and scientific advisors, we remain highly encouraged by the outlook for AD04 and the potential for commercialization in both Europe and North America. We remain committed to our goal of bringing AD04 to market, as we believe it will provide a new option for the millions of people around the world suffering from Alcohol Use Disorder (AUD). Additionally, we submitted the ONWARD™ data to a major medical journal and are hopeful the results will be published in the near-term. Furthermore, we are in active discussions with potential partners for both AD04 and Purnovate. Overall, we have made significant strides during the third quarter and look forward to providing further updates as developments unfold.”

Cary Claiborne was promoted to President and Chief Executive Officer of Adial from his previous role as Chief Operating Officer. Mr. Claiborne was appointed Chief Operating Officer of Adial in December 2021 after previously being named to the Board of Directors. Mr. Claiborne brings extensive experience in leadership roles with clinical and commercial stage, publicly traded biopharmaceutical companies. Most recently, Mr. Claiborne served as Chief Financial Officer and director of Indivior PLC, a publicly traded specialty pharmaceutical company developing medicines to treat addiction and serious mental illnesses. He led Indivior’s spin-off from its then parent company, Reckitt Benckiser, to become an independent, publicly traded company. Prior to joining Indivior, Mr. Claiborne served as the Chief Financial Officer of Sucampo Pharmaceuticals, Inc., a global biopharmaceutical company, which was later sold to Mallinckrodt. Before joining Sucampo, Mr. Claiborne served as Chief Financial Officer and Corporate Secretary of Osiris Therapeutics, Inc. during the company’s initial public offering.

William Stilley was appointed to the newly created position of Chief Executive Officer of Purnovate, Inc., a wholly owned subsidiary of the Company In this position, Mr. Stilley will lead the development strategies for the Purnovate assets in order to unlock their value to the Company and its shareholders. Mr. Stilley also continues to provide his knowledge and experience to the Company as a whole as a member of Adial’s board of directors.

The Company continues to advance its pre-clinical programs based on its broad adenosine platform, through the Company’s wholly-owned subsidiary, Purnovate, Inc. During the quarter, the Company announced positive in-vivo data from its animal study of mice treated with Purnovate’s PNV-6005 as a potential treatment for inflammatory bowel diseases. PNV-6005 significantly prevented weight loss as compared to the control group (greater than 50% inhibition of weight loss) and significantly prevented colon damage as evidenced by reduction of shortening of colon lengths in the PNV-6005 treated group (almost total prevention), as well as a decrease in inflammation as assessed histologically. Additionally, the Company reported positive in vivo data for PNV-5030 in a rat pain model, achieving statistically significant reductions in pain of between 43% and 76% compared to the control group across all timepoints measured.

Adial Pharmaceuticals is a clinical-stage biopharmaceutical company focused on the development of treatments for addictions. The Company!s lead investigational new drug product, AD04, is a genetically targeted, serotonin-3 receptor antagonist, therapeutic agent for the treatment of Alcohol Use Disorder
(AUD) in heavy drinking patients and was recently investigated in the Company!s ONWARD™ pivotal Phase 3 clinical trial for the potential treatment of AUD in subjects with certain target genotypes (estimated to

be approximately one-third of the AUD population) identified using the Company!s proprietary companion diagnostic genetic test. ONWARD showed promising results in reducing heavy drinking in heavy drinking patients, and no overt safety or tolerability concerns. AD04 is also believed to have the potential to treat other addictive disorders such as Opioid Use Disorder, gambling, and obesity. The Company is also developing adenosine analogs for the treatment of pain and other disorders. Additional information is available at www.adial.com.