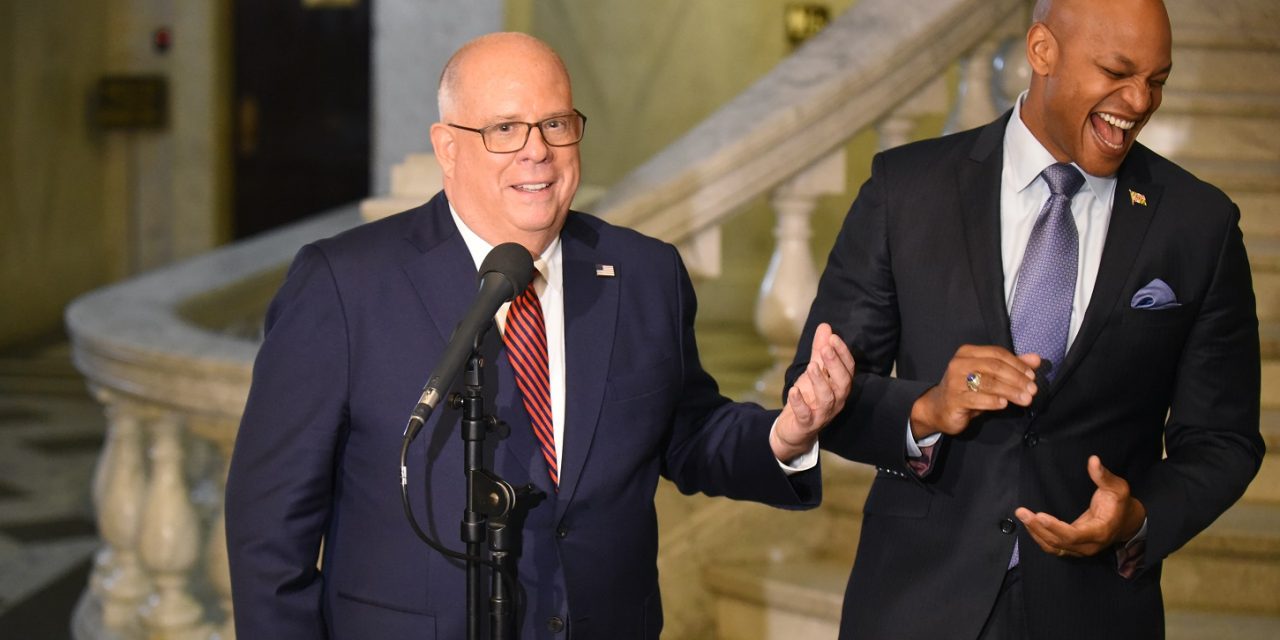 MOORE ANNOUNCES TRANSITION PLANS: The transition between Gov. Larry Hogan’s and Gov.-elect Wes Moore’s administrations officially got underway Thursday as Moore announced who will be leading his transition process and both the outgoing and incoming governors met at the State House in Annapolis. Hannah Gaskill and Sam Janesch/Baltimore Sun

GOP AG CANDIDATE WON’T CONCEDE: The Republican nominee for Maryland attorney general said he will not concede the race despite trailing his Democratic opponent by more than 300,000 votes. In an email sent to supporters Thursday morning, Michael A. Peroutka, a retired lawyer and one-term Anne Arundel County Council member, alleged that “many odd and suspicious incidents were reported by poll watchers, and more reports are being gathered today.” Joe Heim/Washington Post

COMPTROLLER-ELECT SETS TRANSITION TEAM, MOSTLY WOMEN: Comptroller-elect Brooke Lierman announced her transition team in Annapolis Thursday morning as she prepares to take control of the office in January, and five out of six members are women. Amy Simpson/WBFF

DEMOCRATS WON’T ‘ROLL OVER’ WITH HOUSE PARTY CHANGE: With Republicans hoping to take control of the U.S. House of Representatives, Rep. Kweisi Mfume said Thursday that “we’re not prepared to roll over and play dead” if Democrats lose their majority. Mfume, a Baltimore Democrat who was handily re-elected in Tuesday’s midterm election, hosted a forum of area faith leaders at Cylburn Arboretum, near the Coldspring neighborhood. Jeff Barker/Baltimore Sun

COMMENTARY: TAKE BETTER CARE OF OUR KIDS: The current behavioral health crisis is at the point where families have nowhere else to turn except hospital emergency departments — a care setting no one believes is in the best interest of our youth. Solutions do exist, however, if we prioritize our kids and their mental health and choose to invest in much-needed programs and services. Dr. Harsh Trivedi, CEO and President of Sheppard Pratt/Baltimore Banner

DEMS GAIN IN FREDERICK COUNTY: Democrats gained ground in the key local races in Frederick County — including the Board of Education and the County Council’s at-large and District 1 seats — following the first day of post-Election Day mail-in ballot counting on Thursday. Jack Hogan/Frederick News-Post

FENTANYL ACCOUNTS FOR MOST OPIOID-RELATED DEATHS: Fentanyl, a powerful synthetic opioid, accounts for the majority of all opioid-related overdose deaths in Maryland. In 2020, the drug was present in 70 percent of all opioid-related deaths, though, due to overlap between the use of these drugs, that percentage may be larger. Capital News Service in MarylandReporter.com

STATE WILL FACE CHALLENGES SETTING UP A LEGAL MARKET: Maryland voters approved recreational cannabis 2-to-1, the easy part. Now, state lawmakers will try to set up a legal market that is safe, equitable and affordable. That’s the hard part. Giacomo Bologna/Baltimore Sun