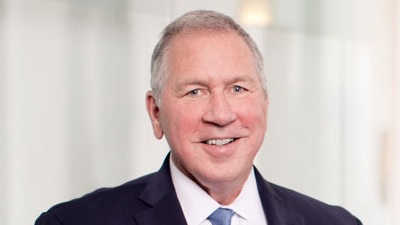 The American Association of Kidney Patients (AAKP), the nation’s largest independent kidney patient organization, announced the results of officer elections for their 2022-2024 Board of Directors. AAKP is a driver behind greater national and global patient consumer care choice, access to new therapies to delay kidney disease progression and stop kidney failure, efforts to increase home dialysis and kidney transplantation, and the rapid development of safe, artificial implantable and wearable organs.

The announcement comes several days before AAKP’s 5th National Policy Summit, an event that engages the patient community, and its allies, on significant policy issues that could impact patients along with innovations that are under consideration in the Congress, White House, and among regulators and federal and private sector payers.

The newly elected officers for AAKP are:

Under AAKP’s bylaws, former AAKP President Richard Knight (read bio) will assume the officer position of Immediate Past President. The current Immediate Past President, Paul T. Conway (bio link), will remain on AAKP’s Board of Directors as an elected Director-at-Large and will continue to serve AAKP as Chair of Policy and Global Affairs.

Richard Knight, AAKP’s Immediate Past President stated, “It has been an honor to serve as President for this great organization for the last four years and I look forward to supporting Edward Hickey and Jennifer Jones in their new roles. Leadership matters, and with Ed and Jennifer, AAKP is assured to have continuity of strong and diverse leadership. AAKP patient advocates and families, and our Board of Directors, have had a tremendous impact on policy and innovation over the past ten years and I know our effectiveness throughout this Decade of the Kidney™ will expand significantly under the leadership of our new team.”

Newly elected AAKP President Edward V. Hickey, III, USMC, stated, “I am honored by the Board’s decision and look forward to serving my fellow patients as AAKP continues our efforts to expand patient care choice and timely access to new therapies and innovation. AAKP has been testing new capacities to expand our reach and ensure patients will have even greater influence within the domains of research, policy, and product development. I look forward to AAKP’s launch of these efforts. Jennifer Jones and I are each committed to making absolutely certain that no policies or care decisions are made about the national kidney patient community without the direct input of patients.” Hickey is an attorney whose public service includes posts on Capitol Hill and two presidential administrations. He will continue to serve as the Chair of the AAKP Veterans Health Initiative.

Diana Clynes, AAKP Executive Director, stated, “The AAKP Executive Leadership team and our Board of Directors are comprised of a diverse group of volunteers who lend their skills, expertise, and personal networks to advance our mission to support patients in the U.S. and around the globe. It is an honor to serve alongside these men and women and to witness their tireless efforts to apply their own, direct insights about kidney disease to national and private sector efforts aimed at reducing the burdens of disease and saving lives. Edward Hickey and Jennifer Jones have served our nation with great distinction, and I am proud they are continuing their service to America through AAKP.” Clynes has served AAKP as Executive Director for the past four years and has been with the organization since 2005.

AAKP patients and advocates use sophisticated virtual platforms, international patient group partnerships, clinical journal editorials, television, radio, and social media to advance the Association’s mission to educate the public on the devastating impacts of kidney diseases. For 2022, the organization conducted multiple national and international events that engaged over 180 national and international medical and patient experts and expanded the international audience of its Global Summit on Kidney Disease Innovations to over 90 countries.

At the federal level, AAKP Board members have impacted research and development initiatives across the Departments of Health and Human Services (HHS), the Department of Veterans Affairs (VA), and the Department of Defense (DOD) via the Congressionally Directed Medical Research Program (CDMRP) and other DOD activities. Further, AAKP has been actively involved in patient engagement initiatives and the development of patient insight data alongside the U.S. Food and Drug Administration (FDA), the Centers for Medicare and Medicaid Services (CMS), the Centers for Disease Control and Prevention (CDC), the Health Resources and Services Administration (HRSA), and multiple other federal agencies. To become a FREE member of AAKP, visit www.aakp.org/join and follow us on Facebook @kidneypatient and Twitter @kidneypatients.