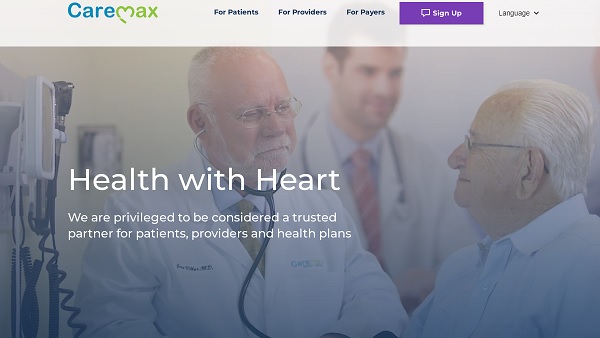 “The completion of the acquisition is transformative for CareMax and represents another significant step CareMax has taken to redefine healthcare for seniors across the U.S.,” said Carlos de Solo, Chief Executive Officer of CareMax. “Our hybrid model of a capital-light MSO combined with high-performing medical centers establishes our foundation for industry leadership as we expand value-based care across the country.”

Mr. de Solo continues, “This transaction is expected to be immediately accretive to revenue and Adjusted EBITDA. As integration planning has progressed, we are even more confident that this transaction is in the best interest of our patients, our company and our stockholders.”

Dr. Ralph de la Torre, Chief Executive Officer of Steward, commented, “CareMax and Steward believe in a future where primary and specialty care come together to redefine healthcare delivery and empower value-based success. Bringing together Steward’s rich history in value-based excellence dating back to 2010 and CareMax’s modernized approach to the value-based market and senior care in particular, we believe we are each well-positioned to define the next-generation of care delivery and the future of healthcare for seniors.”

As previously announced, under the terms of the merger agreement, CareMax paid $25 million in cash and issued 23.5 million shares of CareMax’s Class A common stock to the equityholders of Steward at closing, subject to customary adjustments. In addition, CareMax paid approximately $36 million in cash to Steward to advance an MSSP receivable covering accounts receivable related to the pre-close period, which CareMax financed through an accounts receivable credit facility, the costs of which are being paid by Steward.

Additional information regarding the closing of the transaction will be included in a Current Report on Form 8-K that CareMax intends to file with the U.S. Securities and Exchange Commission before market open on Monday, November 14, 2022.

Goldman Sachs served as exclusive financial advisor to CareMax, and DLA Piper LLP (US) served as legal counsel to CareMax.

CareMax is a technology-enabled care platform providing value-based care and chronic disease management to seniors. CareMax operates medical centers that offer a comprehensive suite of healthcare and social services, and a proprietary software and services platform that provides data, analytics, and rules-based decision tools and workflows for physicians across the United States. Learn more at www.caremax.com.

Steward is among the nation’s largest and most successful accountable care organizations (ACO), with more than 6,800 providers and 43,000 health care professionals who care for 12.3 million patients a year through a closely integrated network of hospitals, multispecialty medical groups, urgent care centers, skilled nursing facilities and behavioral health centers.