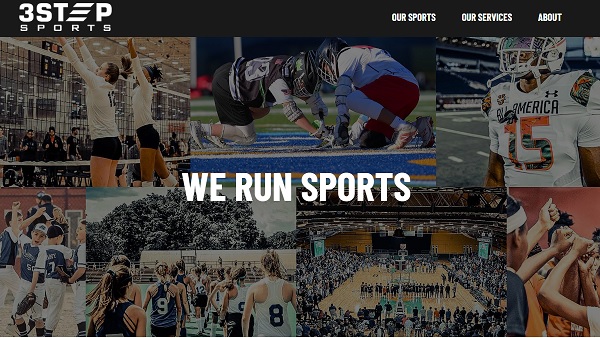 ANDOVER, Mass.–(BUSINESS WIRE)–3STEP Sports, the nation’s largest and most impactful youth sports club and event operator, has acquired North Bay Basketball Academy (NBBA), adding another elite youth club and event operator which will serve as a foundation for 3STEP’s growth of basketball in California and the Pacific Northwest.

NBBA was founded in 2010 by Rick Winter, a top California high school basketball coach who sought to teach young players skills and fundamentals of the game as well as mold them into leaders in the community. The organization was built on three pillars:

NBBA began with a free set of skill clinics, which emphasized fundamentals and disciplined man-to-man defense. More than 250 kids registered for the first clinics and by the following spring 28 teams formed. Over the years, NBBA has expanded from Marin to Sonoma County and fields more than 130 teams each year in the fall and spring seasons. As the 2022-23 college basketball season begins, 44 former NBBA players, 11 female and 33 male athletes, are playing at the next level.

“I founded NBBA to help fill the void in the way the game was being taught in our area,” said Winter, who won 347 games at two California high schools along with six Marin County Athletic League Championships and three North Coast Section titles. “We’ve grown over the years, but we have always stayed true to our core. All our teams play tough man-to-man defense and run a motion offense. The goal is to prepare kids to enter high school with the ability to read the defense and react appropriately. The high school coaches can then plug them into their system seamlessly.”

In addition to its teams, NBBA runs camps and clinics year-round and a kindergarten through second grade league, where the coaches are local high school coaches. The organization has also worked to give back to the community by granting more than $100,000 in scholarships per year and by donating free weeks of summer camp and skills clinics to elementary and middle schools throughout the North Bay.

The 3STEP reach spans 43 states and serves more than 3.2 million athletes across nine sports through industry-leading events, nationally spanning club programs, premier media content and more. 3STEP was founded by David Geaslen, who sought to create better experiences and more opportunities for athletes and their families. The mission of 3STEP is to be the standard of the youth sports experience and create consistency in the industry. 3STEP also operates the non-profit charity Mission Win, which aims to transform the lives of children through sports participation, leadership training and professional development.

“Rick Winter has created a terrific program by teaching kids to play the game of basketball the right way,” said Geaslen. “Putting the team—and community—first is something we believe in strongly. As we’ve grown, it’s very important to bring in the right organizations and the right people. Coach Winter and NBBA do everything in a first-class way.”

To learn more about 3STEP Sports, go to www.threestep.com.

For more on North Bay Basketball Academy, go to www.northbaybasketball.com.