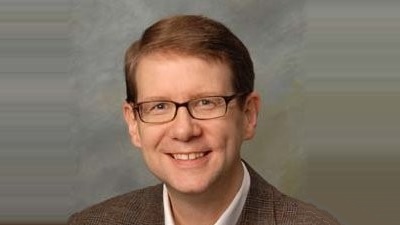 PHILADELPHIA–(BUSINESS WIRE)–Glenmede, a leading investment and wealth management firm overseeing $38.5 billion in assets under management, today announced that Gordon B. Fowler, Jr., President, and Chief Executive Officer, plans to retire at the end of August 2023. The Board of Directors has appointed Peter J. Zuleba, III to succeed Fowler.

“On behalf of the Board of Directors, I want to thank Gordon for his many years of service to Glenmede, his commitment to our values, and his dedication to our clients. Over the course of Gordon’s tenure, Glenmede has been transformed and grown into a nationally recognized investment and wealth management firm with a robust institutional investment business and private clients in all 50 states,” said Rhonda R. Cohen, Chair of Glenmede’s Board of Directors.

Fowler joined Glenmede as Chief Investment Officer in 2003 and assumed the role of CEO in 2010. During his tenure, he led the firm’s efforts to expand Family Wealth and Goals Based Wealth Management and Planning services, established Glenmede Investment Management, formed a dedicated Endowment and Foundation Outsourced Chief Investment Officer (OCIO) effort, and assumed a leadership position in the Sustainable and Impact Investing space.

Among his specific accomplishments are leading Glenmede Investment Management through a decade of growth, building out Glenmede’s distinctive Sustainable and Impact Investing capability, leading the firm’s initial Diversity, Equity, and Inclusion (DEI) efforts, and his relentless focus on advancing technology to enhance the client experience. Zuleba’s selection is the culmination of a robust, multi-year leadership development and succession planning process led by Glenmede’s Board and senior management.

“It has been a tremendous privilege to serve as the President and CEO of Glenmede for the past 12 years, and I am incredibly proud of everything our team has accomplished together,” said Fowler. “Peter and I have partnered on numerous growth efforts, and the Board and I are confident that Peter is the right person to succeed me and continue to build on this momentum.” Fowler continued, “He is a seasoned leader with deep experience in all facets of our business and is well positioned to move into the role as President and CEO.”

About Glenmede
Glenmede is among the nation’s leading investment and wealth management firms. Together with its affiliates, the company oversees $38.5 billion in assets under management for high-net-worth individuals, families, family offices, nonprofits, foundations and institutional clients. Headquartered in Philadelphia, the firm has offices in Ohio, Delaware, Florida, New Jersey, New York, Pittsburgh and Washington, DC. For further information, please visit www.glenmede.com.