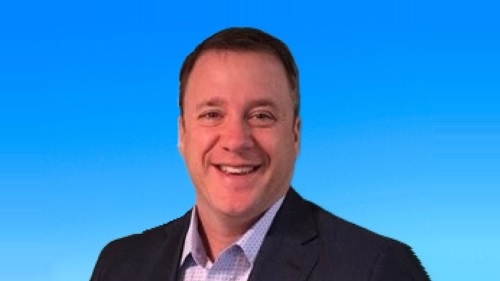 In 2021, Bluecore became one of retail technology’s newest unicorns, following its $125M Series E. The company was founded in 2013 and built specifically to drive outcomes that directly influence online retailers’ growth. Among them: increased conversions, repeat purchases, and margin preservation. This retail-specific approach is more important now than ever as retailers seek to generate predictable revenue in unpredictable market and economic circumstances. In 2019, Bluecore doubled down on its commitment to ecommerce revenue generation when it launched the industry’s first shared-success pricing model.

As the company’s first CRO, Deskin will lead efforts to drive retailer adoption of Bluecore’s technology. Bluecore has already proven that its technology can transform people and processes to generate revenue. Deskin will further this work by focusing on the time and efficiency outcomes critical to major retailers as they enter a complex and dynamic economic environment. In his first year, Deskin will build a world-class team dedicated to transforming the way that Bluecore’s customers approach digital marketing, from the inside out.

“As I spoke to Bluecore’s customers, it became clear that there was something unique and disruptive about how Bluecore enables them to act on data to communicate with shoppers in the moment of intent,” said Deskin. “There’s a real gap in the market for a technology built for the highly nuanced needs of retailers. The ability to capture every revenue opportunity as it happens is what stands between the world’s leading retailers and their ability to transcend market forces. I look forward to doing my part to build Bluecore forward into an iconic company serving retail.”

Both enterprise retailers and fast-growing DTC companies have mass amounts of data spread across multiple systems and technologies. But they currently aren’t able to make use of it at the same speed that the industry and shoppers are moving. Bluecore changes this by enabling them to instantly act on their data and scale their one-to-one digital communications to shoppers, thereby instantly impacting revenue. Many retailers work with Bluecore to accelerate what’s possible through the major marketing clouds and other non-verticalized technologies in their marketing stacks.

“Pat’s experience scaling ecommerce and technology companies will be particularly beneficial to Bluecore as we bet big on our ability to drive revenue for retailers who are leaning into direct-to-consumer to drive growth,” said Fayez Mohamood, CEO of Bluecore. “Our mission since inception has been solving one of retail’s longest-standing problems: retailers’ inability to use their own data to identify their best customers and retain them for life. With Pat leading our retailer-facing efforts, we’ll be able to transform our solution to this challenge into our path to growth and increased market share.”

In his most recent role at Salsify, Deskin was responsible for driving 3X in revenue over 2.5 years. As Global VP of Zuora’s Revenue Recognition Division, he played a large part in leading the company to IPO after the company grew from $30M to over $200M within five years. Deskin also held several leadership positions over his 12-year tenure at Oracle, during which the company experienced 35 quarters of double-digit growth and made 150+ acquisitions.

About Bluecore
Bluecore is a retail marketing technology platform that transforms casual shoppers into lifetime customers for the world’s largest retail brands — and enables retailers to quickly turn data into revenue-generating campaigns. Through its patented shopper-and-product matching and the release of Bluecore Communicate™, Bluecore Site™ and Bluecore Advertise™, brands can easily personalize 100% of communications delivered to consumers through their email, mobile, ecommerce, and paid media shopping experiences. Bluecore replaces manual processes with intelligent workflows and advanced predictive models, allowing brands to manage these communications through a single interface. In 2019, the company bet big on itself when it introduced the industry’s first shared-success pricing model. It’s now credited with doubling email revenue and increasing customer retention, lifetime value, and overall speed to market for more than 400 brands — including Express, NOBULL, The North Face, Teleflora, and Bass Pro Shops.