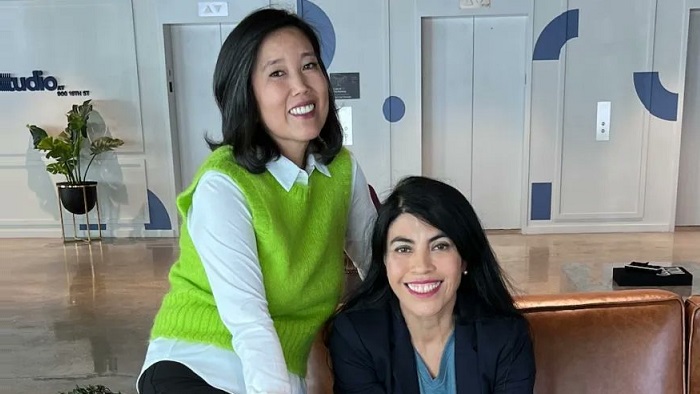 BuildWithin, an edtech startup developing software to run workplace apprenticeship and training programs, has raised $10.3 million in pre-seed funding and a government grant.

An approved national intermediary with the Department of Labor, BuildWithin’s customers include Cyangate Technologies, Northern Virginia Technology Council, the DC Downtown Improvement District and George Washington University. According to Axios, BuildWithin has annual recurring revenue of $1 million and plans to seek between $5 million and $7 million in seed funding by the middle of next year.

Cofounder Michelle Rhee started out as a primary school teacher in Baltimore and rose to become chancellor of Washington, D.C. Public Schools in 2007. She is also the cofounder of StudentsFirst, a nonprofit that represents students in public education, and The New Teacher Project, a nationwide program to attract quality teachers to public schools.

Rhee has been a controversial leader, and many have questioned her innovations, and claims of their success. Still, Rhee has been a bold leader, unafraid to take hard decisions such as closing nearly two dozen schools in D.C. early in her tenure as chancellor and offering teachers higher pay in lieu for giving up tenure.

Like Rhee, Ximena Harstock began her career as an elementary school teacher in Washington, D.C., and rose to be assistant principal at Harriet Tubman Elementary School. Under Rhee’s chancellorship, she was named deputy chief of teaching and learning at D.C. Public Schools. She also served as national director at Rhee’s StudentsFirst.

Global Impact Fund II is the second fund raised by Carrie Rich’s Global Good Fund, based in Washington, D.C. Rich started the social enterprise after receiving a note along with a $100 birthday gift check from her employer, Inova Health System. “Here is the money I would have spent taking you and your colleagues to lunch for your birthday. Now you can start to live your dream,” Inova CEO Knox Singleton wrote in a card. The dream was a reference to an idea Rich had aired a couple of months earlier.

Black Capital, based in Sacramento, Calif., is a venture of former NBA star Kevin Johnson​, the first black American to be elected the city’s mayor. He turned out in the NBA for Cleveland Cavaliers and Phoenix Suns. Johnson is also the founder of St. Hope, a community development corporation focused on public education and economic development in Oak Park, Ill., where he grew up.

Black Capital has made seven portfolio investments so far. Its investments this year include Partake Foods, Altro (previously Perch) and BoxedUp.

Dundee Capital, based in Omaha, Neb., has raised three funds worth $51.7 million. Its other portfolio investments this year include Gather AI, Omnia Fishing, Whistle Systems and Fulfilld.io.