Wes Moore gives his victory speech Tuesday night, thanking Gov. Hogan for his telephone call and the volunteers and voters who propelled him to a win. Screenshot from WJZ-TV video.

MOORE WINS; TO BECOME STATE’s FIRST BLACK GOVERNOR: Wes Moore, whose vibrant and organized campaign catapulted him from outsider candidate to a rising star in Democratic politics, will be Maryland’s next governor, the first Black person to lead the state and only the third Black elected governor in U.S. history, based on The Associated Press call of Tuesday’s race. Moore declared victory over Republican Del. Dan Cox, and was congratulated by incumbent GOP Gov. Larry Hogan in a phone call. Sam Janesch/The Baltimore Sun.

MOORE’s TRANSITION TO GOVERNOR: Maryland’s governor-elect has two months to put together a team of staff, pick cabinet secretaries, draft a legislative agenda and propose a budget. And plan an inauguration, too. Pamela Wood/The Baltimore Banner. 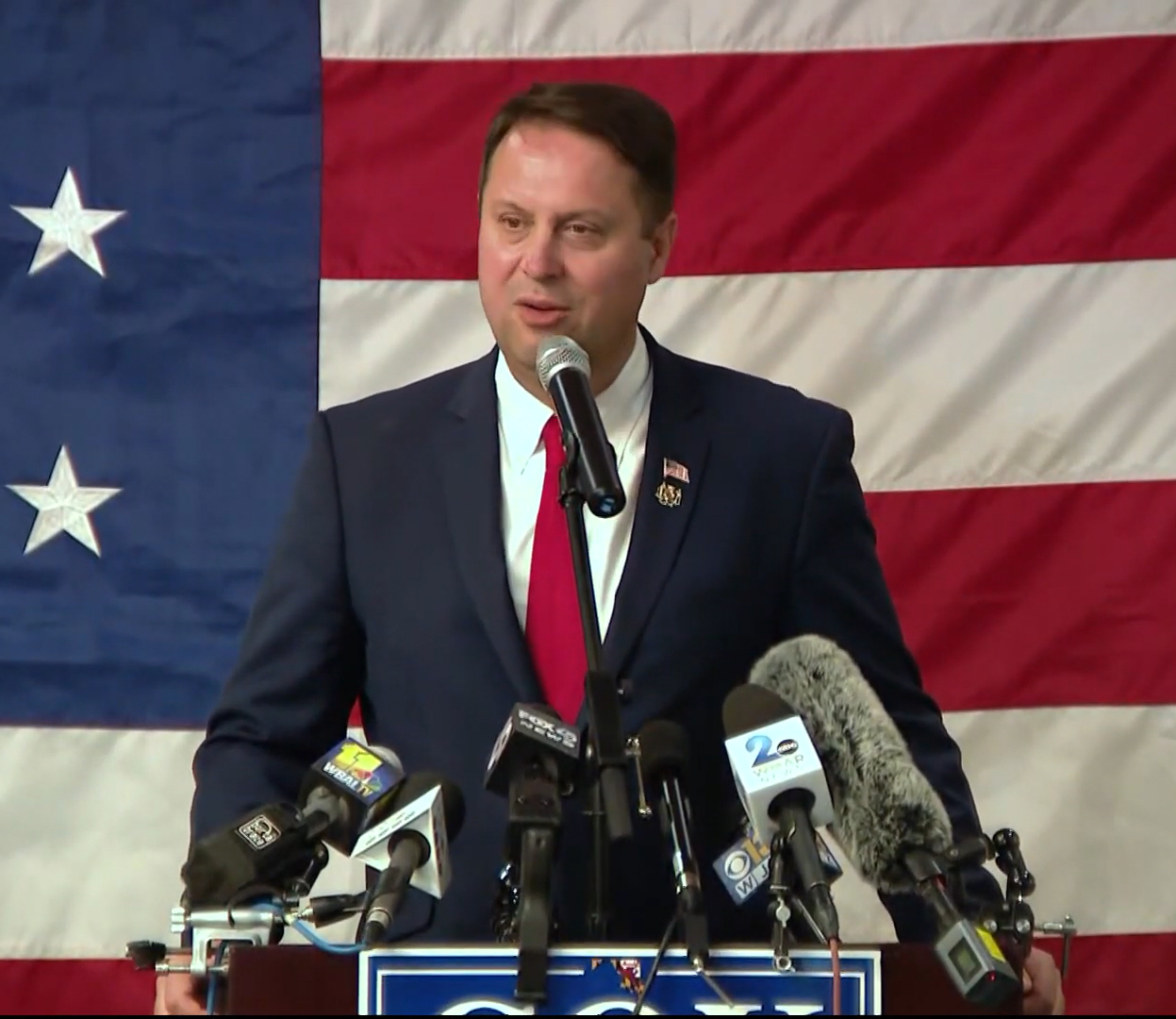 Dan Cox’s only concession Tuesday night was that the returns were not looking good. Screenshot from WUSA-TV News video.

COX HASN’T CONCEDED: Dan Cox acknowledged to supporters gathered at an Annapolis hotel Tuesday night it’s “not looking good” in his bid to be Maryland’s next governor. “I’m not going to lie to you. This is a very difficult race. I’m not doing as well as I’d hoped in places like Baltimore County,” Cox said. Cox did not concede the race but said many outstanding votes to be counted are Election Day votes. Paul Gessler/WJZ-TV News.

OPINION: WHEN YOU NOMINATE A BOOB LIKE DAN COX: I assumed, incorrectly, that Maryland’s Republican voters would not absolutely lose their minds and choose to overwhelmingly vote for Dan Cox for governor in the July 19th primary. I incorrectly assumed that, after two successful gubernatorial wins in a row, Republican voters would nominate credible, competent candidates that could compete against Democrats. That of course did not come to pass. Brian Griffiths/The Duckpin. 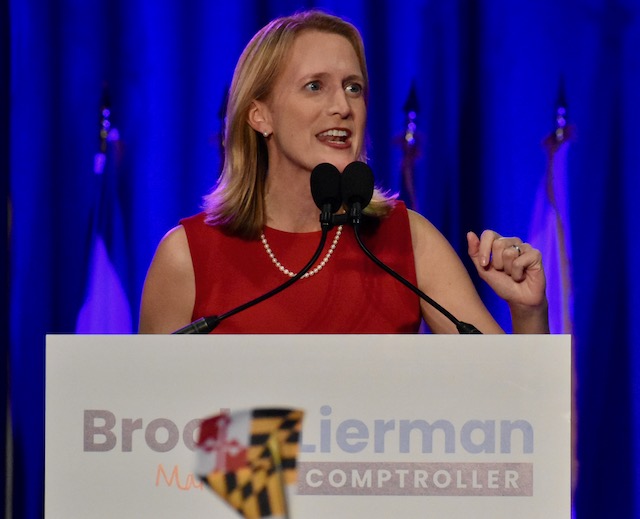 Brooke Lierman declared victory as the state’s first woman comptroller. She held a 14 point lead with just over half the votes counted. Her opponent had not conceded the race. (Emmett Gartner/Capital News Service)

ANTHONY BROWN TO BECOME NEXT ATTY GEN: Democratic Rep. Anthony Brown, a longtime Maryland political figure, was elected Tuesday as the state’s new attorney general, taking the place of Democrat Brian Frosh, who retired after holding the position for the past seven years. Shannon Clark for CNS/MarylandReporter.

TRONE-PARROTT RACE STILL UP IN THE AIR: The final outcome of the battle between U.S. Rep. David Trone (D-Potomac) and his Republican challenger, Del. Neil Parrott of Hagerstown – the state’s most competitive congressional race this year thanks largely to redistricting – remained unclear early Wednesday. Louis Peck/Bethesda Beat.

VOTERS WORRY ABOUT DEMOCRACY FROM DIFFERING PERSPECTIVES: Maryland voters participating in the first major election since the Jan. 6 insurrection are expressing concerns about the state of American democracy, but what Democrats and Republicans worry about differs significantly. Kate Seltzer, Hunter Savery, Destiny Herbers and Nolan Clancy of CNS/MarylandReporter.

BALL DECLARES VICTORY IN HOWARD: Howard County Executive Calvin Ball walked into a packed room in Columbia on Tuesday night to the theme song from “Rocky,” hugging supporters as he made his way to the podium at about 10:30 p.m., to declare victory in his reelection bid. Sherry Greenfield/Baltimore Sun Media.

OLSZEWSKI, SHELLENBERGER POISED TO WIN IN BALTIMORE COUNTY: Baltimore County’s top prosecutor and county executive appeared poised for reelection, according to unofficial election results. County Executive Johnny Olszewski Jr. told supporters he “fully” expected to win his election, in a race where his opponent promised to undo much of his work. He had nearly 60% of the votes, with the majority of precincts reporting. Challenger Pat McDonoughsaid he expected Olszewski would win, but he didn’t plan to stop his advocacy efforts. Christine Condon and Darcy Costello/The Baltimore Sun.