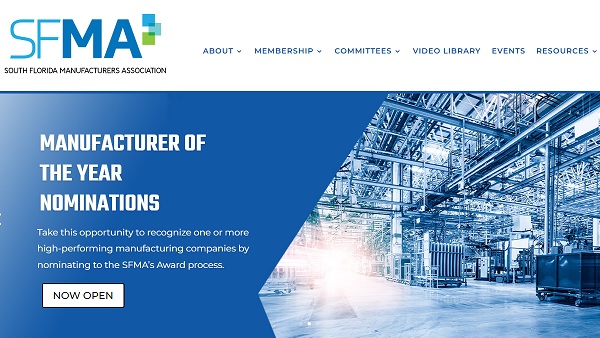 The Women in Manufacturing Committee (WIM) of the South Florida Manufacturers Association (SFMA), the region’s leading resource for manufacturing companies, will be hosting a fireside chat with Carolyn Aronson, Founder and CEO of It’s a 10 Haircare and Be a 10 Cosmetics. In addition to being one of the only female-owned professional haircare brands in the world, Aronson is also a successful entrepreneur and dedicated philanthropist.

The event will be held March 7, 2023 at the Fort Lauderdale Yacht Club from 5-7:30 p.m. WIM members Tara Matthews, Director, Advanced Operations with Stryker, and Christine Battles, Chief Administrative Officer of Advanced Mechanical Enterprises, will facilitate the program, where Aronson will discuss her career path and advice for females in business, among other topics.

A self-made entrepreneur, Aronson began her career for more than 20 years as a hair stylist and salon owner, and continues to hold licenses in multiple states. It’s A 10 Haircare was born out of her frustration with brands that produced dozens of products with single benefits and hard-to-follow claims. Now a successful, global hair product company with a passionate celebrity and consumer following, It’s A 10 Haircare products are sold in more than 25,000 professional independent salons and 15,000 professional salon chains like Ulta, Regis, the Salons at J.C. Penney, and worldwide.

The goal of the SFMA is to help advance South Florida’s business climate related to manufacturing, so that its members can focus on their core business, strengthening the economy and creating jobs. Through its extensive resources, networking, and advocacy, SFMA strives to be the voice of manufacturing in the region, contributing to the creation of more than 9,500 jobs and $1.9 billion in economic impact since 2015. The SFMA’s Women in Manufacturing Committee was born out of adversity during the COVID-19 pandemic to create a support system for women in the manufacturing industry. In addition to Aronson, WIM has hosted fireside chats with powerhouse women business leaders like Rita Case.

Tickets are $75 per person with a percentage of proceeds benefitting Junior Achievement of South Florida. For more information and to learn more about sponsorship opportunities, visit www.sfma.org.

The South Florida Manufacturers Association (SFMA) has held the distinction of being the #1 resource for manufacturers in South Florida since 1961—saving its members time and money through advocacy, networking, training and other resources. SFMA is part of FloridaMakes Network, an alliance of Florida’s regional manufacturers associations with the sole mission of strengthening and advancing the state’s economy by improving the competitiveness, productivity, and technological performance of its manufacturing sector. For more information, visit www.sfma.org.